After claiming the lightweight title at UFC 223, Khabib Nurmagomedov did not immediately look to get a fight against top contenders in the division for his title defense, he had his sights set on former welterweight champion Georges St-Pierre.

St-Pierre has been away from MMA since UFC 217 when he defeated Michael Bisping to become the middleweight champion, the second title he claimed in his legendary career. The former welterweight champion relinquished his middleweight title after defeating Bisping and has not competed since.

In a recent interview with Ariel Helwani of ESPN, St-Pierre revealed that there was mutual interest between him and Nurmagomedov for a fight against each other but the UFC had other plans for the lightweight champion. St-Pierre told Helwani that he even offered to have the fight take place without the lightweight title on the line.

“They [UFC] had other plans. I know Khabib wanted to have that fight, I wanted it but the thing is, if you look on the UFC side, I think it’s normal if I put myself in their shoes, they didn’t want to take the risk of me winning the title and then afterwards vacate it. We even proposed, I didn’t want it for the title, I would rather do it not for the title.” 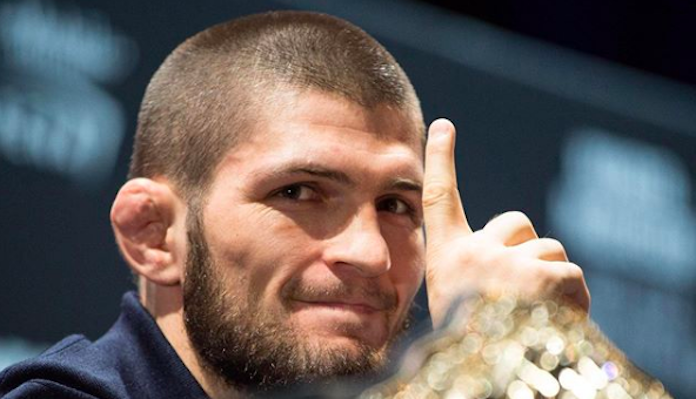 For St-Pierre, the fight was not revolved around the title, he wanted to fight Nurmagomedov because of how he views the current undefeated and undisputed champion.

“I consider Khabib the best fighter in the world and he wanted to fight me as well, so I thought it was a good fight for the fans. They [UFC] didn’t want it, they had other plans for Khabib and I understand that, they had a lot to lose. If they invest into that fight and their investment goes out, it’s not a good move. In a way, I could take that as a compliment because they maybe they saw me as a threat, maybe they thought I could’ve won the fight. If they would’ve let me fought him maybe it’s because they thought I would lose.”

Although the fight never came to be, Georges St-Pierre sounded very confident about a fight against Khabib Nurmagomedov, unfortunately for fight fans, the UFC had other plans.

How do you think a fight between GSP and Khabib Nurmagomedov would’ve went down?