Jon Jones’ daughter is following in her father’s footsteps by developing her striking during the coronavirus lockdown.

In recent weeks, the light heavyweight champion was hitting the headlines for a Driving While Intoxicated (DWI) arrest in his hometown of Albuquerque New Mexico. Now, “Bones” is in the news for positive reasons as he spends his time productively during the lockdown.

On social media, the 32-year old shared a video training with his daughter. According to Jones, his daughter has had only had one weeks worth of lessons, but is picking it up pretty fast!

Jones is currently engaged to his long-term partner, Jessie Moses. The pair are childhood sweethearts and started dating when they were at Endicott High School, near Binghamton, New York. They share three young daughters together. In an interview with Joe Rogan, Jones revealed that he has four daughters- indicating he has a child from a separate or prior relationship. 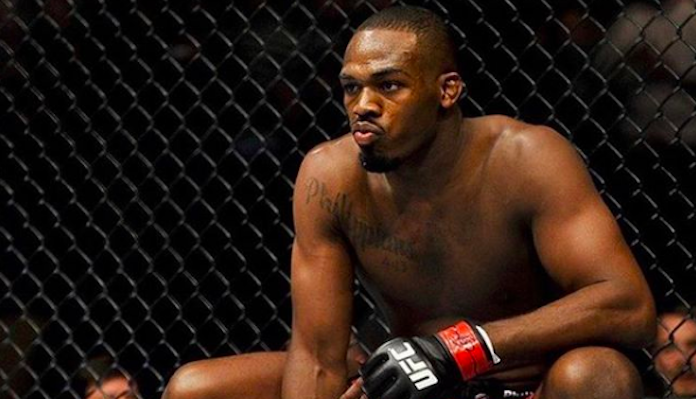 It is unsurprising Jones’ children would have a natural flair for combat sports- given that they share DNA with one of the UFC’s widely regarded GOATs. His video is a rare insight into his life behind closed doors. Despite his public controversies, Jones and his partner rarely disclose information on their home life.

Jones wouldn’t be the first parent where combat sports runs in the family. Anderson Silva’s son is a keen kickboxer and has already claimed two belts in his last competition. Featherweight fighter Kron Gracie made his UFC debut in 2019 and is the son of BJJ royalty, Rickson Gracie.

Who knows what the future holds for Jon Jones’ young daughters. But one thing is for certain, the world of MMA is always in need of more great female strikers!