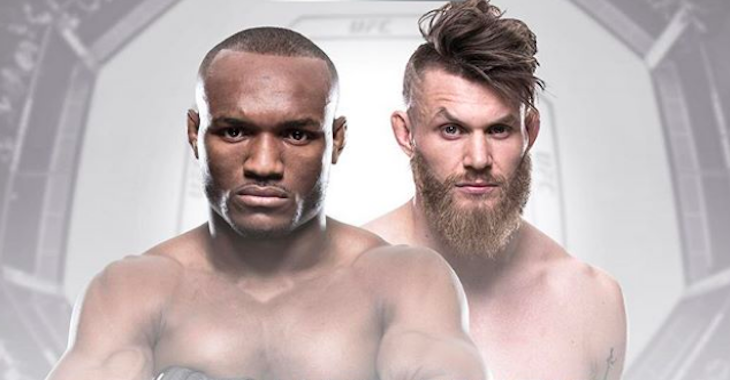 For weeks and weeks, the status of Kamaru Usman and Emil Meek’s anticipated welterweight scrap has been uncertain.

Originally, the fight was scheduled to occur at UFC 219, on December 30 in Las Vegas. Regrettably, it became known that Norway’s Meek was having a difficult time acquiring a US visa, which shrouded this contest in doubt. At that point, Usman claims to have been offered a replacement fight with fellow welterweight contender Colby Covington, which he claims Covington turned down. From there, Meek secured his visa in time for his visit to the US, assuring that he’d fight on Usman at UFC 219 after all, but apparently it was too little too late. The fight was removed from UFC 219, while multiple reports suggested it would likely be rescheduled for UFC 220, which goes down on January 20 in Boston.

As it turns out, this rescheduled bout did not land on UFC 220, but on UFC Fight Night 124, which goes down on January 14 in St. Louis, MO. Multiple reports have recently suggested this would be the case, and now, the UFC has made it official.

Usman will enter this long-awaited fight on a wicked, 10-fight streak. “The Nigerian Nightmare” has earned his six most recent wins in the UFC’s Octagon, where he has taken out top flight foes in Hayder Hassan, Leon Edwards, Alexander Yakovlev, Warlley Alves, Sean Strickland, and most recently, Sergio Moraes by knockout.

Meek, meanwhile, recently debuted in the UFC with a thrilling decision win over Jordan Mein. This win was preceded by a crushing, first-round stoppage of former WSOF champion Rousimar Palhares in the Italian promotion Venator FC.

Who do you think comes out in this Kamaru Usman vs. Emil Meek fight when it finally goes down on January 14 in St. Louis?