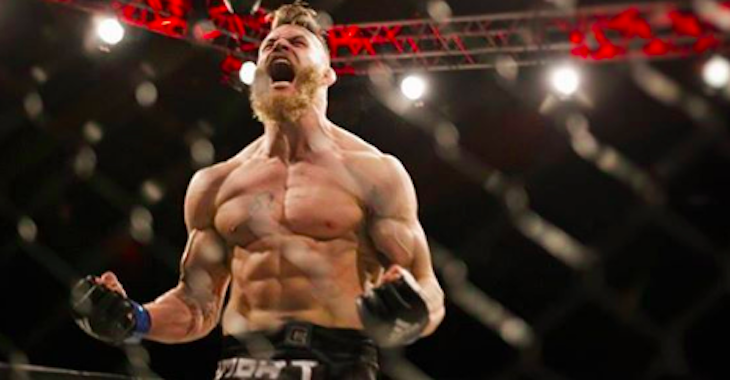 Last month, it was announced that Norway’s Emil Meek will be taking on 11th-ranked UFC welterweight Kamaru Usman at UFC 219. Shortly after this fight was announced, however, Usman began suggesting that Meek might not show up, and that the UFC was attempting to book Colby Covington as his replacement opponent. When Covington denied these claims, Usman accused him of ducking.

Speaking on Wednesday’s edition of BJ Penn Radio, Meek reiterated that, despite Usman’s claims, he still has every intention of showing up to fight at UFC 219, and that he finds Usman’s ducking accusations of Covington a little strange.

“Well, he was talking a lot of shit about people ducking fights, and he talked about me not showing up there, and I think that’s bullshit,” Meek said. “I have all the respect in the world for Kamaru as an athlete, and I even hung out with him in Glasgow during the UFC there. I think it’s weird that he’s talking about people ducking when he’s trying to avoid the fights with me.”

Needless to say, Meek is dialled in on his scrap with Usman, and expects to showcase the best version of himself when the cage door closes on December 30.

“That’s my main focus,” he said. ” That [fight is] what I wake up to every day. I’ve written the number 11 over my bed. When I go to bed, I wake up and I see the same number. I’m just continuously grinding on to be a number 11 in the world, and beat that guy so I can fight the very best fighters in the UFC. I didn’t come to the UFC, I didn’t fight my ass off my entire life just to fight the middle guys in the UFC. I want to be on the very top, I want to push my limits, I want to fight the best guys. And I feel like every time I excel it’s when I fight the very best guys. When I fought Palhares, I fought like I was the best me I’ve ever been, and when I fought Jordan Mein, I was the best me I’ve ever been because as the level of competition steps up I’m also upping my game.”

Do you think Emil Meek can take out Kamaru Usman and earn a spot in the welterweight rankings at UFC 219?