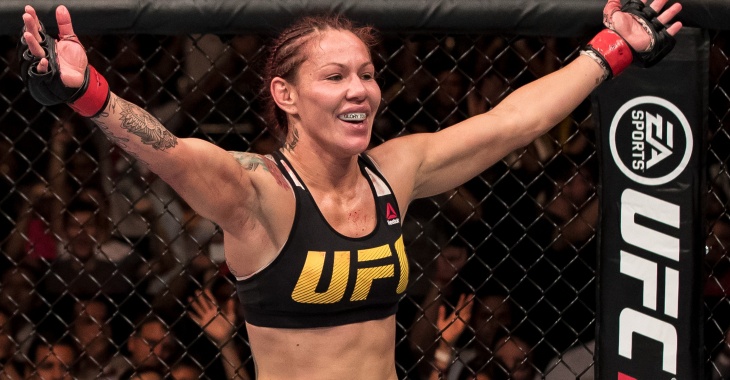 Cris Cyborg is the UFC Featherweight champion of the world and most notable for being one of the most dangerous and feared fighters in all of MMA. But that doesn’t mean she doesn’t have a soft side when she’s not in the cage. This Christmas, Cris will be asking all who live or are visiting Las Vegas the weekend after her championship bout with Holly Holm at UFC 219, to donate new teddy bears. The teddy bears will be gathered up by Cris’ team and hand-delivered to the kids at the Sunrise Children’s Hospital. Team Cyborg is continually working on multiple options for the drop offs of the teddy bears. Their current collection is located inside the MMAJunkies Radio recording studio(located inside the Mandalay Bay Sports Book at 3950 S. Las Vegas Blvd).

The teddy bears can be dropped off on Thursday, December 28 and Friday, December 29 from 8AM-1PM.  For further news on additional collection spots, follow @CrisCyborg on Instagram and on Twitter.

Now in her first title defense with the UFC, she’s set to take on another former champion, also at Bantamweight, when she takes on the woman who dethroned Ronda Rousey with the head kick heard around the world, Holly Holm. Holm is a former world boxing champion and has many praising her as Cyborg’s toughest matchup to date. If that will be the case is to be determined. You’ll just have to watch UFC 219 on December 30 to find out.