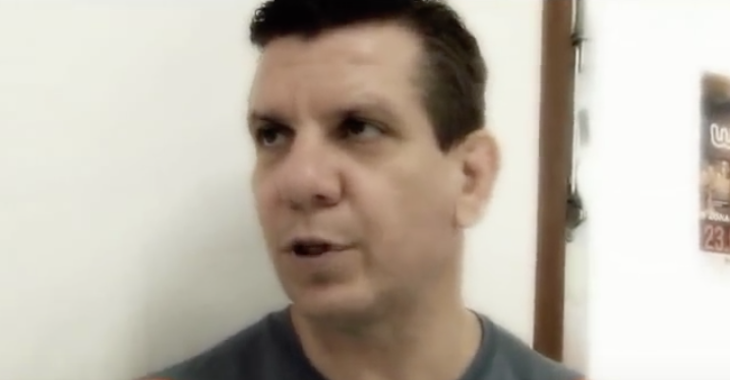 Throughout the course of the history of MMA, Brazil has continued to produce not only successful MMA fighters, but also successful MMA coaches. Nova Uniao head coach Andre Pederneiras is one of those coaches. The man who coached UFC champion Jose Aldo through his UFC career has trained countless Brazilian MMA fighters and coached them through the UFC ranks. “Brazil is going through some tough times. If I could, I would send them all abroad. I said it before, they can leave today. I see a lot more advantages outside than staying in the conditions Brazil offers today. I train them so they can change their lives. If I can’t do that here, then I really want them to move away. No matter what team they join.”

“If it were up to me, I’d send them all away today. But it’s up to them. Jose Aldo is just too attached to his roots. He won’t leave his neighborhood. If I tell him to move to another one, he gets upset. Aldo has financial stability, though. If I could give a piece of advice to other fighters, not only from my team, it would be to migrate to the USA, or one of those countries with better conditions than Brazil. It’s too hard to be an athlete in Brazil today, training and growing financially.”

“If you take USA’s history in the Olympics and other world championships, you’ll see the investiment is absurd. We never had that in Brazil. You can’t describe the kind of athlete we have over here. We go there and we win titles even with the structures we have. We still build good athletes, with no support. We don’t do 50% of what we could be doing.”