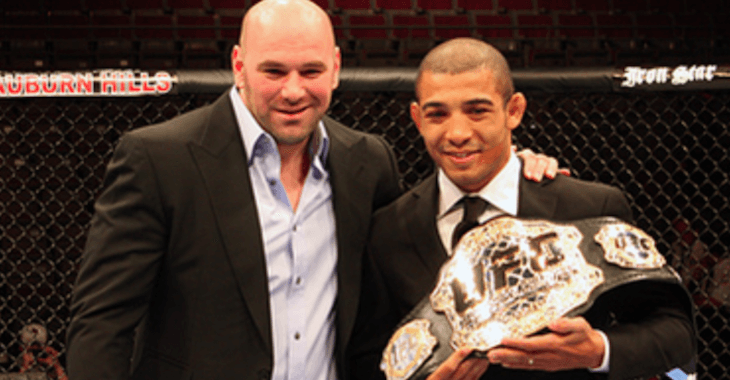 Holly Holm derailed the Ronda Rousey express back at UFC 193. We’ve heard a lot of support from a great number of fans and fellow UFC fighters alike after her loss. We’ve also seen the flip side of poor sportsmanship after a loss in which Rousey has been blasted with insults for her recent defeat. Past legends and hall of famers that have made it to the pinnacle of the sport don’t lose what took a life time to get with a loss.

It takes more than words to get into the mental state of a champion. The reality is trying to prepare for a barrage of insults and naysayers that are waiting like vultures for a Rousey loss, which could be fuel to a fighter who doesn’t care to listen to the critics.

Multi-Divisional champion BJ Penn said it best when Aldo was addressed with criticism for pulling out of UFC 189, “The lion doesn’t care that the sheep laugh at him.” Penn’s advice from champion to champion is an impact message,  Now, Aldo is paying it forward and gives his advice to a past champion in Rousey.

An interview with mmaweekly gives us the details on Aldo’s message: “I think the legacy Ronda leaves behind is that she changed women’s MMA. She put it where no one ever imagined, where even Dana White said it would never be, and it is now,” said Aldo.

Whether Rousey steps foot back inside the cage or not, her lasting mark on the sport has nothing to do with her wins and losses. She was the catalyst that put women’s MMA on the sport’s biggest stage. “That’s her legacy. She has done a lot for women’s sports,” said Aldo.

As bad as Rousey may feel about a loss in Australia over two weeks ago, her defeat isn’t going to take away anything she’s done to promote the sport of MMA. What are your thoughts on Aldo’s message?