Home » MMA News » UFC » UFC star Jorge Masvidal has been arrested for his ... 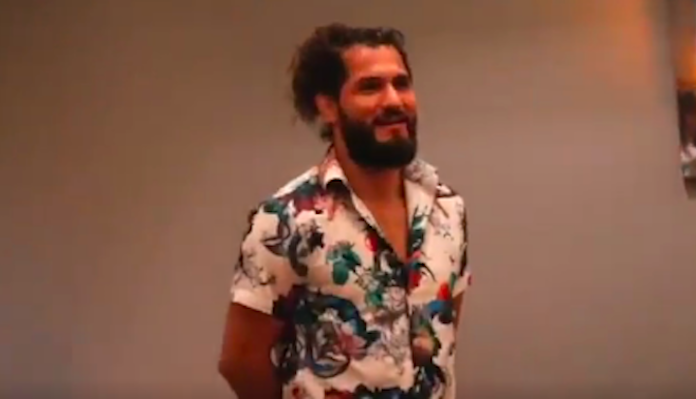 UFC star Jorge Masvidal has been arrested for his alleged attack on Colby Covington earlier this week in Miami.

Covington was out for dinner and drinks on Monday night at Papi Steak restaurant in Miami. Apparently Jorge Masvidal was tipped off on Colby’s location and waited for him to exit the establishment. According to reports, when ‘Chaos’ made his way outside he was attacked by ‘Gamebred’ who had four or five other men with him.

Adam Weiss was an eyewitness to the incident and shared the following account of what he saw take place during a interview with WPLG Local 10:

”One guy clocked him (Colby) three or four times in the face. Amazing that… what stood out was how he didn’t go down (from the punches).”

While Jorge Masvidal was not immediately arrested, Miami police confirmed they were investigating the incident. That all changed this evening when ‘Gamebred’ was booked by police for his actions.

Rosh Lowe of WPLG Local 10 shared the following video of Masvidal being taken to jail:

Exclusive @GamebredFighter headed to jail on an aggravated battery charge after his alleged attack on @ColbyCovMMA Exclusive video and story on @WPLGLocal10 pic.twitter.com/HGJhTz25Kj

TMZ Sports later confirmed through jail records that Jorge Masvidal was booked in Miami at 10:27 PM ET on Wednesday and posed for a mug shot.

The records show the UFC star was booked on two charges — aggravated battery with a mask, and criminal mischief. His bond has been set at $15,000, the records show.

Are you surprised that Jorge Masvidal was arrested after allegedly attacking Colby Covington outside of a restaurant in Miami?