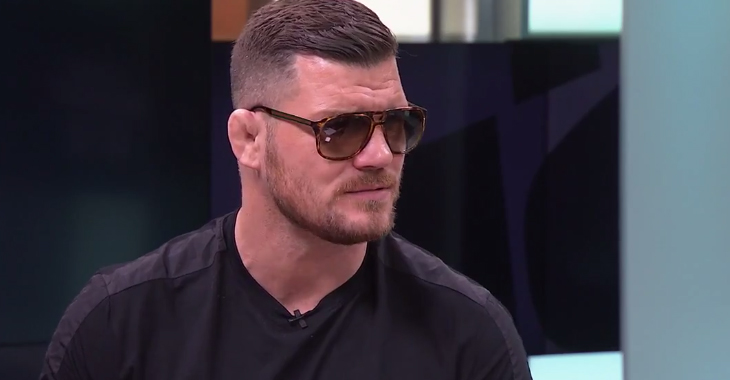 After many twists and turns, the Jon Jones saga still is far from ending. After a positive urine test blew up MMA Twitter, a separate blood test came back clean. As we await the test results of the B sample and maybe even a court case following the results, speculation as well as hope for exoneration runs rampant. A laundry list of consequences face Jon Jones if he is proven guilty of his anti-doping violation, but UFC middleweight champion Michael Bisping thinks Jones should receive the harshest possible punishment imaginable.

“I think it’s fair to say that he has definitely tarnished his legacy. I think he will always be remembered from the stunning performances he’s put on. […] Yes, outside of the Octagon he’s made some very bad decisions and unfortunately this is one that isn’t go away for a long time. I think he’s looking at a four-year suspension and it’s fair to say there’s no smoke without fire. This isn’t his first time. I guess we’re going to see how this thing unfolds, but it’s not looking good.” “I believe [he should be banned permanently], I believe so. If you have a history of taking performance enhancing drugs, I think there is no place for it. This is a vicious sport. It’s not for everybody. We’re not trying to put a ball in a basket. You can dress it up however you want, but we are trying to beat our opponents into submission or knock them out. Performance enhancing drugs have no place in this sport.” – Michael Bisping to Sports Illustrated Now.

Four years out of the sport would be horrible for Jon Jones fans, but a lifetime banishment would be downright catastrophic. Until we get more test results and answers to many questions though, he remains innocent until proven guilty. The last time a lifetime ban was on the table was Nick Diaz for marijuana metabolites. His sentence was then reduced to a five-year ban and a hefty fine, until finally it was changed to just 18 months. So, there’s hope even the stiffest of punishments can be absolved.