The fighter backlash continued against the UFC today as former competitors Mike Pierce and Sam Stout spoke out against their former employer.

Earlier today former UFC lightweight standout Sam Stout had taken to Twitter where he revealed that he was only paid 2k to show and 2k to win for his first Octagon appearance.

‘Hands of Stone’ admitted that he was ok with the pay at the time because the company was still new, however he said once the promotion became big, they left their fighters poor.

I got paid 2k and 2k for my first ufc fight when they were starting out. When they got rich they kept us all poor. We are commodities to them. I’m with @GamebredFighter @JonnyBones @GrayMaynard and all the others that have the balls to stand up to the man.

Most recently former UFC welterweight Mike Pierce (17-7 MMA), who had a total of fourteen appearances under the Ultimate Fighting Championship banner, had some choice words for former matchmaker Joe Silva.

We all have stories about that hobbit dirt bag.

“We all have stories about that hobbit dirt bag.”

The 39-year-old would then reveal that Silva allegedly told him to perform how he expected or he would be cut from the UFC roster.

There are many. One time, as I was at the curtain about to make the walk, he reminded me why he signed me and why he hadn't cut me yet. In other words, perform how I expect or you're gone. One hell of a pep talk when you're already under immense pressure. *fixed for spelling* 😄

“There are many. One time, as I was at the curtain about to make the walk, he reminded me why he signed me and why he hadn’t cut me yet. In other words, perform how I expect or you’re gone. One hell of a pep talk when you’re already under immense pressure.” – Mike Pierce wrote.

The UFC has been under fire as of late, and it is not just from their former employees.

Earlier this week UFC stars Jon Jones and Jorge Masvidal both requested to be released by the promotion. In addition, the UFC just lost former title holders Henry Cejudo and Conor McGregor to early retirements. 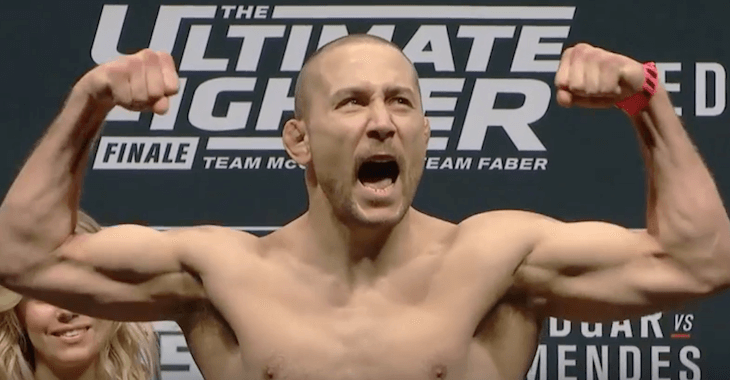 What do you think of the comments from former UFC welterweight Mike Pierce regarding former promotional matchmaker Joe Silva? Share your thoughts in the comments section PENN Nation!

This article first appeared on BJPENN.com on June 13, 2020

This article appeared first on BJPENN.COM
Previous articleReport | Zabit Magomedsharipov vs Yair Rodriguez in the works for August 29
Next articleUFC on ESPN 10 Results: Marvin Vettori stops Karl Roberson in Round 1 (Video)
© Newspaper WordPress Theme by TagDiv