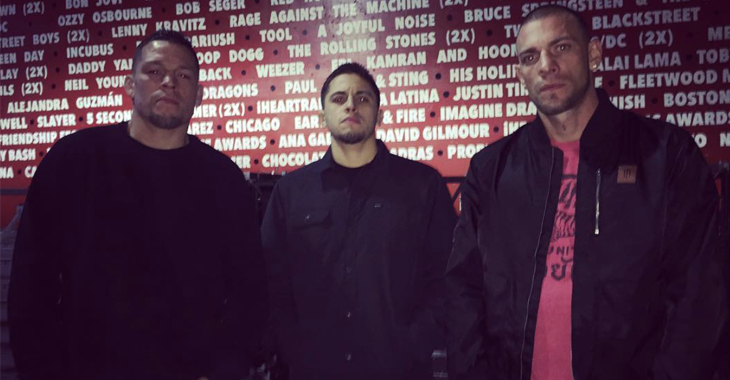 You won’t see former kickboxing and Muay Thai champion Joe Schilling and MMA pioneer Phil Baroni enjoying any time when near one another.

The two scrappers have had bad blood for quite some time, and their rivalry spiked up recently as seen from their interaction in the comments on an Instagram post by Nate Diaz.

Diaz posted a photo with training partners Chris Avila and Schilling and said in his caption, “With the homies @chrisavila209 @joe_schilling #riders #100.”

Baroni came in with a comment that fired directly at Schilling saying, “@joe_schilling is a bitch why you letting him creep on your coattails ? Didn’t he go to ATT ? Now he’s back? A homie ? He’s a f**king busta @natediaz209.” Schilling came and shot back at Baroni saying, “@philbaroni_nyba you all show and no go. Keep barking online pussy you wouldn’t take the fight and no commission would let you fight if you did bitch. Keep beating your wife you don’t want none of this and we all know it.” Baroni replied in typical “New York Bad Ass” fashion saying, “@joe_schilling listen you f**king pussy. I’ll fly to San Jose and f**k you up at the airport you scumbag piece of shit. Wtf are you talking about. Now I’m just gona f**king hurt you.” Schilling clarified his residence and told Baroni, “@philbaroni_nyba I live in LA pussy you want the address? Weren’t saying shit when you seen me in Vegas you f**king keep woofin online we all know you a bitch in person.” What do you think of the beef between Joe Schilling and Phil Baroni? Do you think we could see a scrap between the two in the near future? Let’s hear who you got if the two were to meet in the ring or cage!