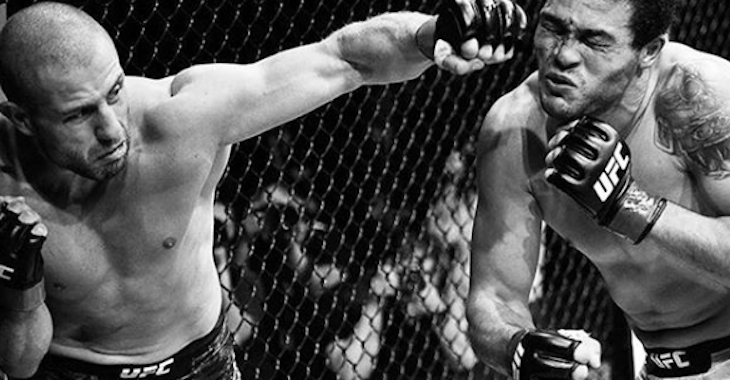 Though Saki ultimately managed to put da Silva down with a crashing left hook in the first round, his win was not without flaws. The most glaring issue with his performance was that his cardio seemed to fade just minutes into the fight, at which point da Silva actually managed to start landing significant shots on him.

On Monday’s edition of The MMA Hour, Saki explained the reasons for this cardio problem. Apparently, it had a lot to do with his transition to MMA.

“My last fight with Glory was in 2014 with Tyrone Spong and then after that, one year later I had another fight, so in the last three and a half years I only fought one time,” Saki said. “After my last fight – it was a kickboxing fight – I was always ready for three minute [rounds]. Now, it was five minute [rounds]. Like I said, I only started training this year in MMA conditioning and you cannot build it up in a couple of months.

“After every fight you need to keep training to build up your muscle conditioning and your strength conditioning. If I had a kickboxing fight, maybe I would be tired because I didn’t train for this.”

Saki continued, critiquing his own performance against da Silva:

“How I see the contest, for the first three minutes I was good, and then after three and four minutes I started to get a little bit tired but also the ring rust was coming,” he said.

“The first time I hit him with a knockdown, he went down and when he stood up I only give power punches. Normally, in kickboxing when I was training all the time, I am thinking all the time in the fight, throwing combinations. This time I was only giving power shots.

“Now I’ve started training again already because this was my first time in an ultimate fight. It was only 50 percent. This is just the beginning. I’m really happy to be back on this big stage. I’m ready to show many, many more things.”

How do you think Gokhan Saki will perform in the wilderness of the UFC light heavyweight division?