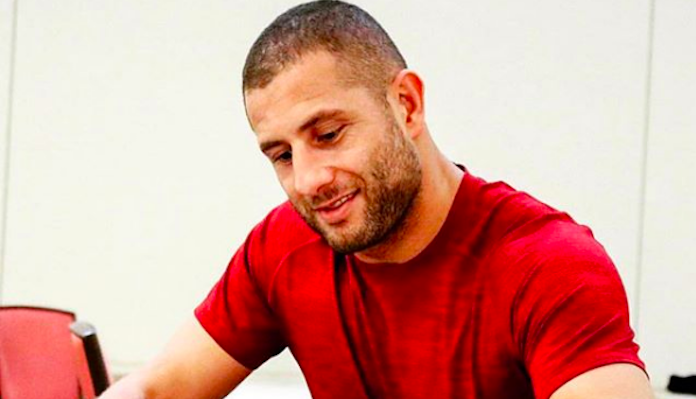 When kickboxing legend Gokhan Saki stepped into the Octagon with Khalil Rountree at UFC 226, the widespread feeling was that Rountree would be very wise to get the fight to the ground as soon as possible. The longer the fight went, it was the thought, the more likely he was to get knocked out by dangerous foe.

That’s not the way things went down.

Instead, it was Rountree who put Saki down — and in the very first round.

This, of course, is not the way Saki intended things to go down. All the same, the Turkish kickboxing icon seems to be in good spirits. Shortly after UFC 226, he took to social media to issue a brief statement on the fight.

“Some you win, some you lose,” Saki said in his post. “Today I lost. I will come back harder than ever. Congratz to Khalil.”

With this outcome, Saki is now 1-2 as a professional mixed martial artist. In his last bout, he scored a thunderous knockout defeat of Henrique Da Silva in his UFC debut. He lost his debut, which occurred opposite James Zikic all the way back in 2004, by TKO. As a kickboxer, he’s an incredible 83-12 — a record he’s built against the finest strikers in the world.

What do you think the future holds for Gokhan Saki and Khalil Rountree after UFC 226?