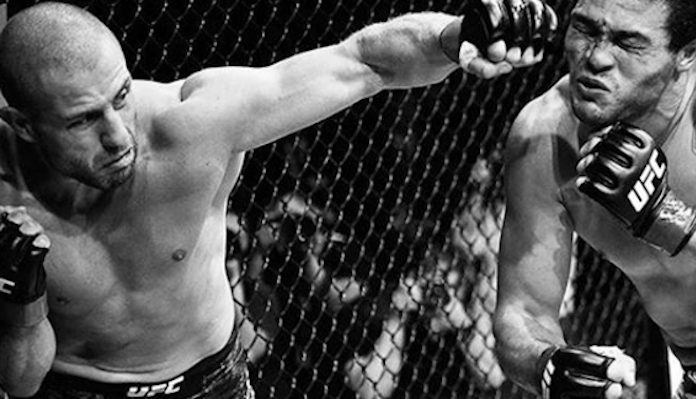 Kickboxing legend Gokhan Saki, who made his UFC debut in September with a first-round demolition of Henrique da Silva, might just be the most accomplished striker to ever set foot in the Octagon. As such, his opinions on the UFC’s other striking specialists are particularly interesting.

In a Wednesday interview with BJPenn.com’s Jason Kindschy, Saki was asked to size up the UFC’s other striking experts. Let’s just say his answer reflected his tremendous confidence in his own abilities.

“Best striking in MMA… Well number one is me,” Saki said matter-of-factly. “Second one is difficult [to pick], but I guess that would be me too. Third would be me again. And number four? Nobody even thinks about them or remembers them.”

While Saki feels he’s leagues ahead of all the other strikers in the UFC, that doesn’t mean he’s not impressed by some of the promotion’s stars.

“Impressed… hmm,” Saki said. “I’ve only got two [UFC fighters] on the list. Khabib for his wrestling and his endurance. McGregor for his precision, his fight style, how he changed the game in such a short time, and how he promoted himself.”

At present, Saki is booked for a UFC 226 showdown with fellow knockout artist Khalil Rountree. The bout was originally expected to occur in December, but was postponed when Saki was sidelined with an injury. Now that he’s recovered, Saki is excited to get back in there and show the world why he considers himself the most dangerous striker in the UFC.

“I don’t care about rankings,” Saki said. “I just want to improve myself and knock people out. My fans have always supported me, and i want to thank them by giving them the best version of myself in the Octagon.”

What do you think of Gokhan Saki’s assessment of the UFC roster?