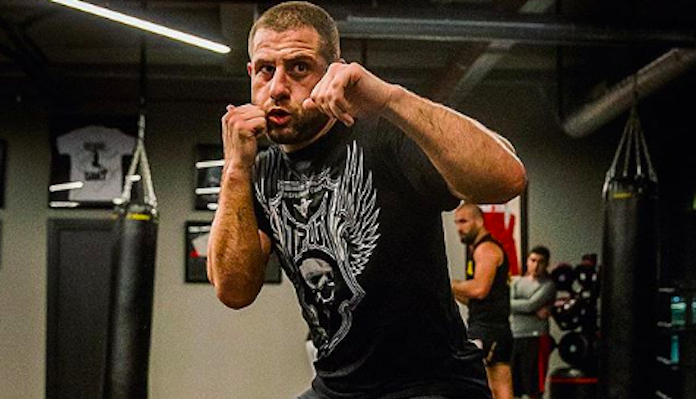 Back in July, on the main card of UFC 226, kickboxing legend Gokhan Saki stepped into the UFC’s Octagon to do battle with rising light heavyweight contender Khalil Rountree. Heading into this fight, the widespread expectation was that Saki would have a significant edge in the striking department. Unfortunately for Saki and his legions of fans, however, this fight did not go the way he planned. Instead, he was put down by a thunderous Rountree punch in the bout’s first round.

While this outcome was undeniably disappointing for Gokhan Saki, he showed incredible sportsmanship after the fact, congratulating his opponent on the upset victory. That being said, Saki feels the outcome of this fight can be attributed more to his own errors than Rountree’s technique.

“It wasn’t that he was so good, it was that I was bad,” Gokhan Saki told BJPENN.COM’s Jason Kindschy. “Rountree said it himself in his post-fight interview: he didn’t counter me or plan this, he said he just threw a punch in the middle and was hoping I was in the area. He won, and I congratulated him on my own social media. Good for him. But I still stand behind my words, it doesn’t make him a special fighter now. A Ferrari is still a better car than a Suzuki, but if the driver fucks up switching gears, he will lose. I drove the Ferrari badly. I accept my loss.”

As you can probably expect, Gokhan Saki a bit of criticism in the wake of his loss to Rountree. He even received some negative comments from other fighters. Saki doesn’t pay these critics much mind, and responded to their words with a quote from Eminem’s new Kamikaze album.

“Well most of [the criticism] was like ‘huge upset, Saki lost’ and i get that,” he said. “Maybe there were a few washed-up fighters who never established anything big in the sport who had something to say.”

“What I think about that [is]: ‘If you’re gonna critique me, you better at least be as good or better,'” Saki added, quoting Eminem.

While Saki did receive some criticism after his loss to Rountree, he says he received far more love than hate.

“I have a huge fanbase and I really have a bond with them,” Gokhan Saki said of his fans. “When I lose, people don’t drop me, I even gained more followers and a lot of MMA fans as well. When I lost I got more than 10,000 messages cheering me up and telling me they know I can do better, and that I will show that the next time. I maybe saw 10 or 20 bad comments, and seeing the amount of [those comments] they probably were the fanbase of Khalil.”

Gokhan Saki’s loss to Khalil Rountree represented a bit of a speed bump, but he assures his fans can expect plenty more excitement from him in the future. To drive this point home, he referenced another major celebrity: Jennifer Lopez.

“We still have a long ride together,” Saki said to his fans. “If J.Lo can look like [she does] at 49 with two kids, we as professional athletes sure as hell can give you a few more knockouts in our 30s.”

What do you think the future holds for Gokhan Saki after his July loss to Khalil Rountree?