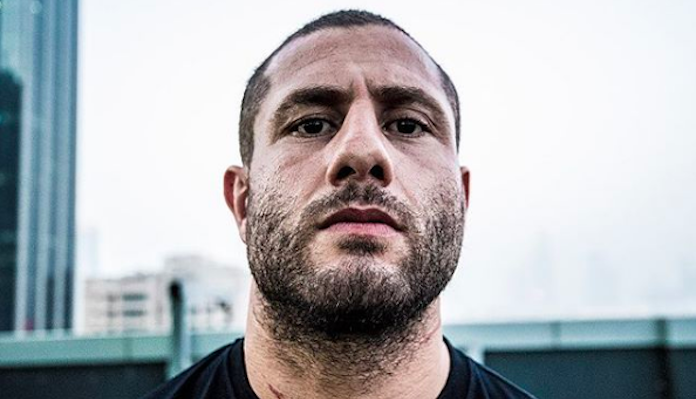 Back in September, fearsome kickboxing legend Gokhan Saki made a successful UFC debut, authoring a thunderous first-round knockout of Henrique da Silva. On July 7, when the UFC returns to glimmering Las Vegas, Nevada with UFC 226, Saki will partake in his second UFC bout, as he faces off with the dangerous Khalil Rountree.

Saki’s bout with Rountree was initially supposed to occur in December, but was postponed when he sustained an injury in training.

Speaking to BJPENN.COM’s Jason Kindschy this week, Gokhan Saki detailed the injury that caused the postponement of his bout with Rountree.

“After my [first] UFC fight, my knee swelled up a bit,” Saki said. “The day after the fight, I was on the treadmill working on that cardio. I hadn’t fought for two and a half years, and I was fired up to fight ASAP. But my knee kept hurting and after the first training, it swelled up again. At first, I wanted to use some bandage and proceed, but my team took it over from there and they made the right call to cancel the fight [with Rountree]. I needed surgery ASAP.

“After the surgery, I went to the UFC Performance Institute for the rehab process. Duncan French, Heather Linden, Bo Sandoval, Clint Wattenberg, and many more, they are the real Magicians [at the UFC Performance Institute]. They are amazing people, who really helped me out a lot. I’m really thankful for that. I would recommend this place to all the athletes worldwide.”

With his injury in the rear-view, Saki has been working hard on a few areas of his game, particularly his cardio, which seemed to be in an issue in his UFC debut.

“I can assure you man, I’m working on that,” he continued. “Each day, each training [session], I’m upgrading myself and soon enough you will see my full potential. I will never ever let my supporters down.”

“It’s all about hard work. ‘Be the hardest worker in the room.’ That’s a Dwayne Johnson quote. [He’s] a huge inspiration. The man himself, of course, but also what he represents and preaches. I’m testing myself and pushing myself each day, working harder and harder. Sometimes you win, sometimes you lose. If I don’t give it my all, and I don’t work hard and then I lose, I can never ever forgive myself. Give it your best and more, and then whatever happens, you can live with it.”

Given the way he’s working in the gym, Saki expects to deliver many more vicious knockouts in the UFC’s Octagon in the future — starting with his upcoming foe Rountree.

“The result of the hard work will be my legacy,” Saki said. “[I’ll be] the guy who kicked ass in kickboxing, won almost every title, knocked 60 people out, came into a whole new game at 34 years of age, and still knocks people out.”

“I just want to improve myself and knock people out,” he continued. “My fans have always supported me and I want to thank them by giving them the best version of myself in the octagon.”

“Lights out, game over,” he concluded, offering up a prediction for his bout with Rountree.

How do you think the ever-improving Gokhan Saki will perform in his sophomore UFC bout?