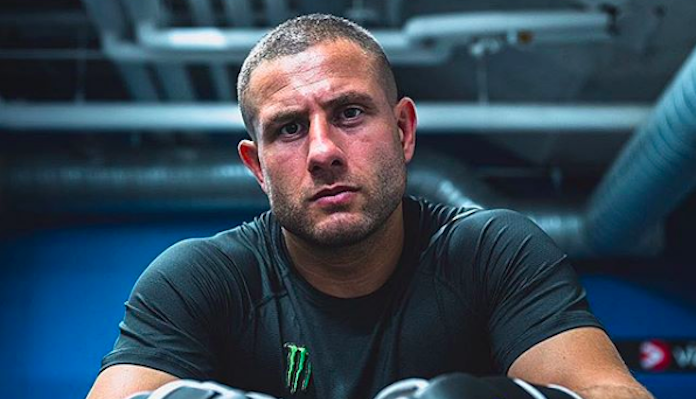 Having healed up from a tough, July loss to Khalil Rountree, kickboxing legend Gokhan Saki is now looking forward to his next challenge in the UFC’s Octagon. And while the Turkish knockout artist matches up beautifully with a great many of his peers in the UFC light heavyweight division, he’s recently been linked to a potential heavyweight showdown with fellow striking specialist Mark Hunt.

Speaking to BJPENN.COM’s Jason Kindschy this week, Gokhan Saki explained how this potential matchup with Mark Hunt came about.

“I saw that Mark Hunt is doing one last fight,” Saki explained. “Some fans were reacting to it and talking about me taking that fight [with Hunt]. I responded on a few Tweets ‘you have good taste my friend’ and ‘I don’t have to skip a meal for that one’. Before I knew it, it blew up. Is it really an exciting match for me? Hell yeah. He is from the K-1 period, [he was] knocking people out, [he’s a] heavy man with heavy hands. For me to gain weight and fight him in the Octagon is a real challenge that motivates me.”

“Hunt is a great fighter man,” he said. “When I was young I watched him knock people out in K-1. After a while I fought in K-1. Standing against him in the Octagon would be amazing and the fans are reacting wildly [to it]. If he loses against me, I don’t think he will lose his sleep over it, and if I lose against him, neither will I. I want to give him the proper goodbye fight he deserves. He has a huge knockout blow like a shotgun and I have speed blows like an AK47. Both deadly, but who will have the kill-shot? Like [they say in] the movie Highlander ‘there can be only one’, so someone’s head is coming off in that fight.”

However this potential fight unfolds, Gokhan Saki is confident it’s one the fans would love. That’s the main reason he finds it so appealing.

“I love all the support [from my fans] and if I do these crazy fantasy fights, I’m doing it to entertain you guys.”

While nothing is official just yet, Mark Hunt has welcomed a potential fight with Gokhan Saki. The heavyweight legend hopes to fight his final fight when the UFC touches down in Adelaide, Australia this December.