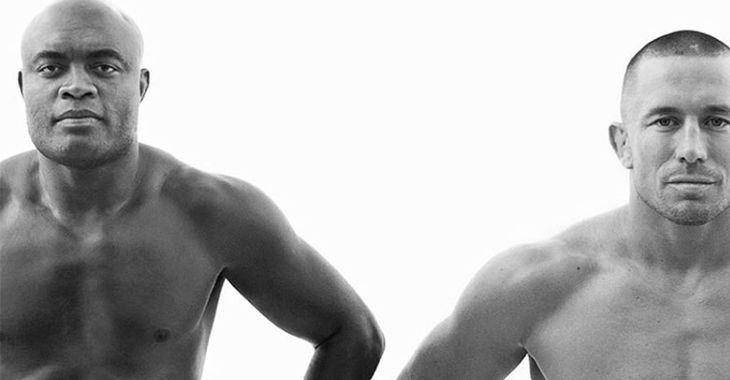 The rumored superfight between former UFC middleweight champion Anderson Silva and former UFC welterweight champion Georges St-Pierre has been rumored for UFC 206 in Toronto. The event that is set to take place on December 10 at the Air Canada Centre.

Anderson Silva’s son, Kalyl posted a teaser on Instagram that the fight between the two former UFC kingpins was going to take place, but deleted the post. However, he must have gotten the OK from dad to do another post. Kalyl posted a photo of Anderson and Georges and said in the caption, “Christmas month should be exciting •”

• Christmas month should be exciting •

UFC President Dana White recently shot the rumors down of Silva vs. St-Pierre and still vocalizes his belief that St-Pierre truly does not want to fight again.

We have seen White use the media to seemingly leverage negotiations for fight matchups. As of this writing, the UFC 206 website has the UFC light heavyweight title fight between champion Daniel Cormier and contender Anthony Johnson as the co-main event of the event, leaving a main event spot open. Currently, the main event slot has “To Be Announced vs. To Be Determined,” meaning that the fight would have to be a bigger draw than the UFC light heavyweight championship fight between “DC” and “Rumble.” As the event is taking place in Canada, who else can you think of that would be a bigger draw than Canada’s own Georges St-Pierre? Will we finally see the superfight go down between Anderson “The Spider” Silva and Georges “Rush” St-Pierre? It’s years later than when the two were at the peak of their careers, but I think most would agree that it is better late than never.