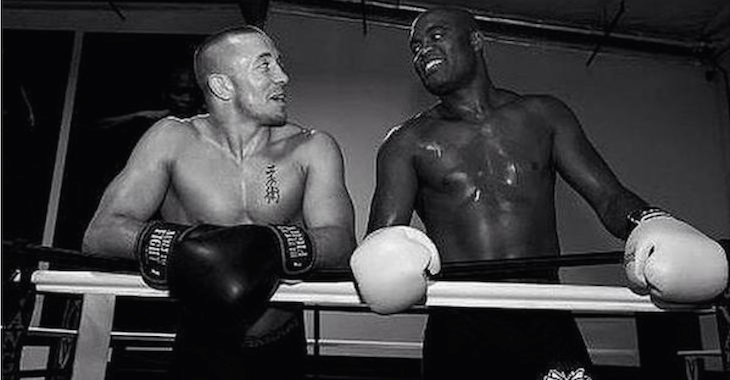 For many years, there was no bigger fight in MMA than a super fight between former middleweight champion Anderson Silva and former welterweight king Georges St-Pierre. The fight was MMA’s holy grail; it’s Mayweather vs. Pacquiao – but it never happened.

Today, when Silva is neck deep in a four-fight losing streak, and GSP is closing in on three years of retirement, this once unrivalled super fight has lost a bit of juice. That, however, doesn’t mean we don’t still want to see it. Over the last few weeks, rumors have begun to swirl that Silva might be paired with a returning GSP in the main event of UFC 206 this December 10. Given that the card will occur in Toronto, in GSP’s Canadian homeland, these rumors not only thrilled fans, but also seemed to make some sense.

Unfortunately, however, it’s once again looking like this long-chased superfight will never happen.

In a recent interview with BTSport UFC, UFC President Dana White extinguished these rumors, saying the fight is a no-go.

.@danawhite weighs up what could be next for @bisping and the rest of the middleweight division. #UFC204 https://t.co/BYTtQMnW5F

Of course, it’s worth noting that GSP has said many times that he’s eager to return to action. Furthermore, it was just weeks ago that White told us a Conor McGregor vs. Eddie Alvarez superfight wouldn’t be happening – and well, we know how that one went. So, perhaps there is still some cause for optimism on this one after all.

Do you think we’ll ever see Anderson Silva and Georges St-Pierre go at it? Sound off, PENN nation!