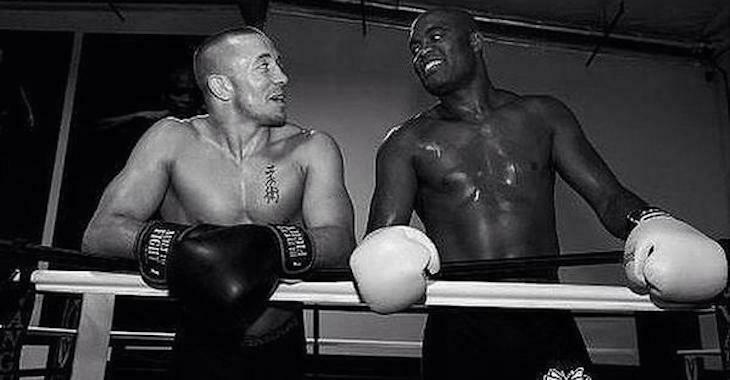 According to Anderson Silva’s son, his father will be fighting former UFC welterweight champion Georges St. Pierre (25-2 MMA) this December.

• Christmas month will be exciting •

The fight would mark the first time that “GSP” has competed inside the cage since November of 2013, when he scored a split-decision victory over Johny Hendricks at UFC 167 to retain his welterweight championship.

Following his victory over “Bigg Rigg”, St-Pierre shocked the mixed martial arts world by announcing that he was walking away from the sport, thus vacating his UFC welterweight title.

In his return to the octagon, the Canadian superstar would be looking to extend his current win streak to thirteen in a row by scoring a victory over “The Spider”.

Anderson Silva was last seen in action at July’s blockbuster UFC 200 event, where he suffered a decision loss to current UFC light heavyweight champion Daniel Cormier in a bout which he took on just two-days notice.

Prior to that, “The Spider” was outpointed by Michael Bisping at UFC Fight Night 84 in a bout that received “Fight of the night” honors.

Silva has been in a bit of a slump lately, going 0-4 with 1 no-contest in his past five bouts. Before the skid, “The Spider” had reeled off sixteen straight victories and was considered by many to be the greatest fighter on the planet.

What do you think of the match-up?