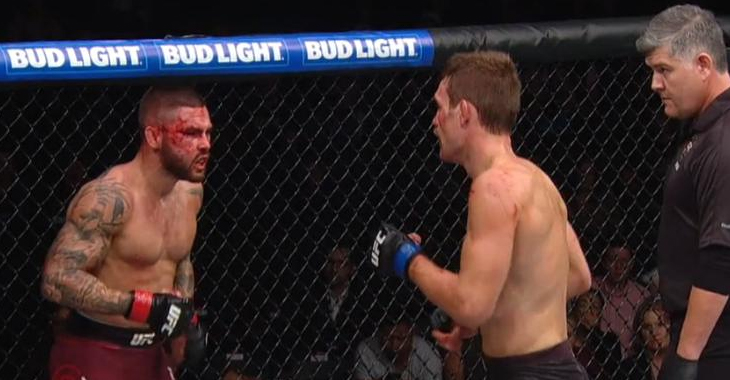 There were a lot of people who questioned the referee who was in the Octagon officiating the fight between Gavin Tucker and Rick Glenn at UFC 215. UFC President Dana White tweeted during their fight, “This ref SUCKS!!!!!!” and tweeted after the fight went three rounds to a decision, “Look at that poor kids face!!! The ref needs his ass whooped!!!!”

Gavin Tucker's wife was just escorted past press row by security and she's balling her eyes out. Can't imagine having to watch that. Bad.

I don't know the rules in Edmonton but where was Gavin Tucker's corner at? No shame in throwing in the towel #UFC215 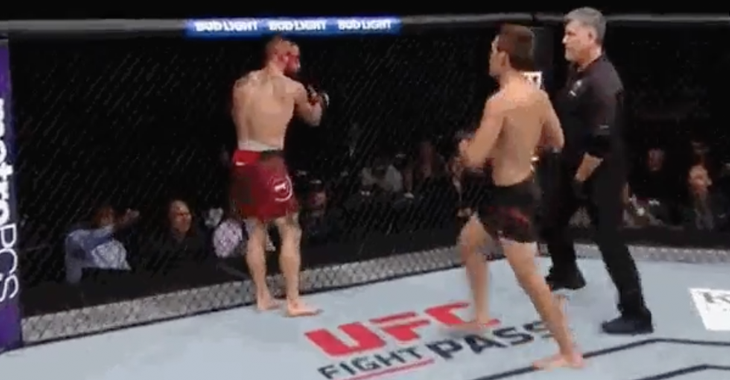 While many agreed with White, one person who was content with the fight not being stopped was Tucker himself, who suffered four broken facial bones in the competition. Tucker took to Facebook to give a statement on his loss and to try ease people’s comments towards referee Kyle Cardinal.

In victory say little. In defeat ….less.
ill keep it short and sweet. i lost on Saturday. stop blaming the ref for a bad call. that man let me go out on my shield. he visited while i was in the hospital and apologized. was him and i in that cage. I didnt stop fighting. he saw that. he should sleep easy.
I have four broken bones in my face. the first which started on the jaw in rd 1 and the fight went down for me from there. i have 2 fractured orbital and another vertical fracture in the jaw according to the x ray/CT scan. the heartbreak of losing hurts much worse. throughout the day i wiped alot of blood off my cheek and i can’t say for sure there weren’t some tears in there. I fought w blurred vision and 3 different Rick Glenns kicked the fuck out of me for the last two rds. (i tried to hit the one in the middle) congrats to my opponent. i hope you go far because i plan on seeing you again.
I fought my heart out. I’m a rare breed of straight savage and i don’t need social media to tell me that. however…i am appreciative of all the support i received on here. which is why I’m writing this. I have no excuses and won’t stand for anyone making them for me. that’s not how the north folk get it done.
I have a great Family. a great team. and the greatest women. ill be twice the man for this.
thats it….. Tucker 2.0 is on the way

What are your thoughts on the way the fight played out? Was the referee right or wrong in letting the fight go to a judge’s decision? Let’s talk about this one in the comment section.