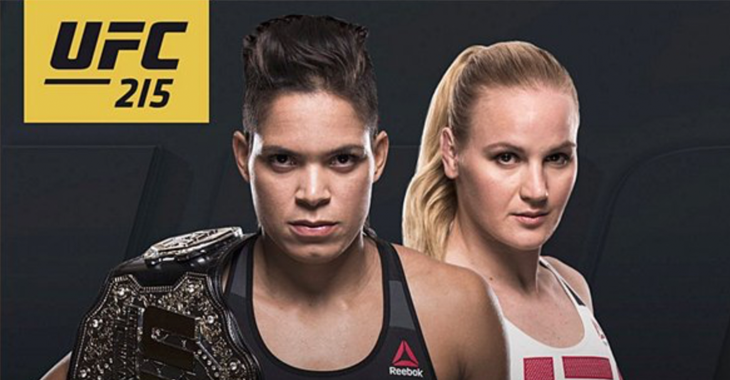 We lost the main event, but the card still keeps trucking. Tonight is UFC 215 making Edmonton face the pain in Canada. Demetrious Johnson can’t break his record, but Amanda Nunes will still defend her UFC bantamweight title against Valentina Shevchenko. This is one of the best fights a promotion can make in any women’s division on Earth right now.

That’s not all, Rafael dos Anjos makes his second venture at welterweight against lanky and dangerous Neil Magny. Seeing an RDA who isn’t drained anymore by a weight cut is interesting, especially against such a strong fighter. A win here definitely shows that Dos Anjos is seriously dangerous in a higher weight class, after winning his previous fight at welterweight against Tarec Saffiedine. Also a couple of cracking fights between Henry Cejudo and Wilson Reis, as well as Gilbert Melendez’s featherweight debut against “Who the Fook is Dat Guy” Jeremy Stephens.

If you aren’t streaming the card with us here or can’t watch altogether, we’ll keep a running update of all the results right down below.

Get all of the UFC 214 live results below: