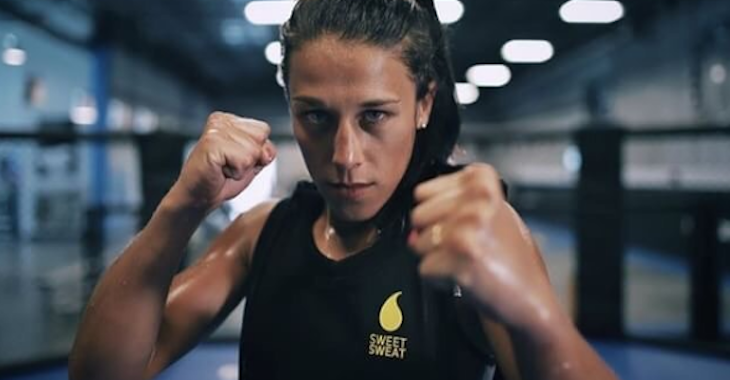 Earlier this month, dominating UFC strawweight champion Joanna Jedrzejczyk teased an imminent fight announcement. This morning, we got that fight announcement. As expected, the champ’s next defense will pit her against long-time strawweight contender Rose Namajunas. The two stars will collide at UFC 217 this November, 4 inside New York City’s hallowed Madison Square Garden.

The bout was announced by Fox Sports on Twitter.

via @ProCast: @joannamma will fight at UFC 217 to tie @RondaRousey​'s record for title defenses! But who will she face? pic.twitter.com/529tokkW1V

Jedrzejczyk will enter this showdown with a flawless 14-0 record. She won the strawweight title in March of 2015, pummelling the division’s inaugural champion Carla Esparza to a second-round TKO. Since then, she’s defended the title against Jessica Penne, Valerie Letourneau, Claudia Gadelha, Karolina Kowalkiewicz, and Jessica Andrade. If Jedrzejczyk defends her title successfully at UFC 217, she’ll tie Ronda Rousey‘s record for most consecutive title defenses in a women’s UFC division at six-straight.

Namajunas, meanwhile, recently burst into title contention with a lopsided submission defeat of Michelle Waterson. In her next most recent bout, she lost a close decision to former title challenger Karolina Kowalkiewicz. This loss was preceded by defeats of Tecia Torres, Paige VanZant and Angela Hill, and a loss to Carla Esparza. The Lithuanian-American contender is 6-3 overall. UFC 217 will include to other title fights.

The first, which will fill the main event spot, will occur at middleweight, where reigning champion Michael Bisping will defend his title against former UFC welterweight king and MMA GOAT contender Georges St-Pierre. The second, which will serve as the co-main event, will see bantamweight champion Cody Garbrandt take on his arch nemesis in former training partner TJ Dillashaw.

Do you think Joanna Jedrzejczyk can make it six straight against Rose Namajunas?