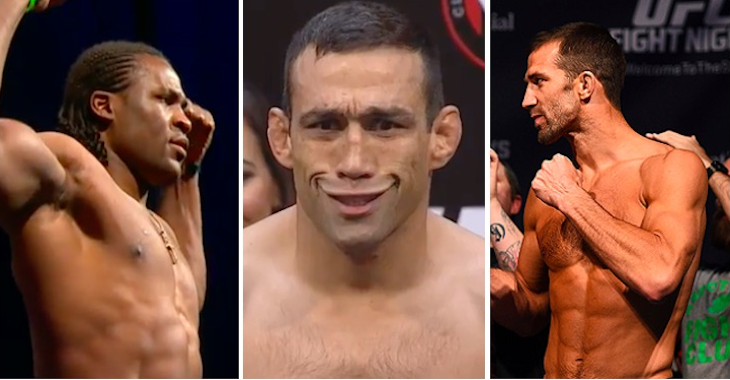 Ngannou has some competition in his quest for a fight with Werdum. That competition comes from an unlikely source in former middleweight champion Luke Rockhold, who has beef with Werdum stemming from their days fighting under the Strikeforce banner.

“We have an old Strikeforce beef,” Rockhold said on a recent episode of MMAJunkie Radio. “Fabricio didn’t really have respect for people at the time, I think it was in St. Louis. I’m not going to get into it, throw him under the bus too bad, but he pretty much was being a piece of shit that night and I demanded some respect. I was a young Strikeforce challenger at the time. And he was like, ‘Who the fuck are you?’ And he treated me like a piece of shit. He was just being a dick and I stood up or myself and he tried to act like I was being the bad guy. And ever since, he just kind of said some shit and I don’t rally have respect for the guy. I respect him as a fighter, he’s tough and he lays it out there. He’s earned respect in that manner, but outside of that, meh. I’d fight him in a heartbeat. I think I’d beat him, too. Easy.”

While it’s hard to say if a Rockhold-Werdum fight will ever be booked, Ngannou recently took to Twitter to explain that he wouldn’t be too upset it if did. The rising heavyweight’s Tweets on the subjected prompted a response from Rockhold. See the pair’s exchange below.

@fabriciowerdum is trippin if he thinks hes close to UFC title. U r the last person they want n there. I'll make u look worse than usada did

haha I'll get this one out the way for ya

Would you rather see Fabricio Werdum fight Francis Ngannou or Luke Rockhold? Sound off, PENN Nation!