UFC heavyweight fighter Ben Rothwell has been flagged by the U.S. Anti-Doping Agency (USADA) for a potential anti-doping violation.

The UFC released the following statement on their notification from USADA on Tuesday:

“The UFC organization was formally notified today that the U.S. Anti-Doping Agency (USADA) has informed Ben Rothwell of a potential Anti-Doping Policy violation stemming from an out-of-competition sample collection on February 6, 2017.

Consistent with all previous potential anti-doping violations, additional information or UFC statements will be provided at the appropriate time as the process moves forward.”

Ben Rothwell was slated to fight Fabricio Werdum at UFC 211, which is set to take place on May 13 in Dallas, Texas. Rothwell holds a 36-10 professional MMA record and is coming off a UFC Fight Night 86 loss to Junior dos Santos back in April 2016. 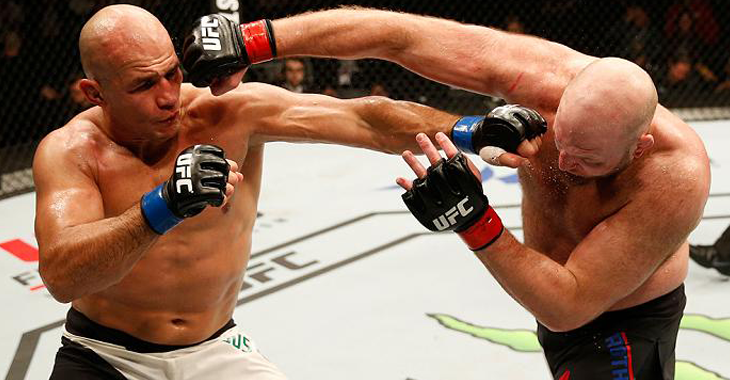