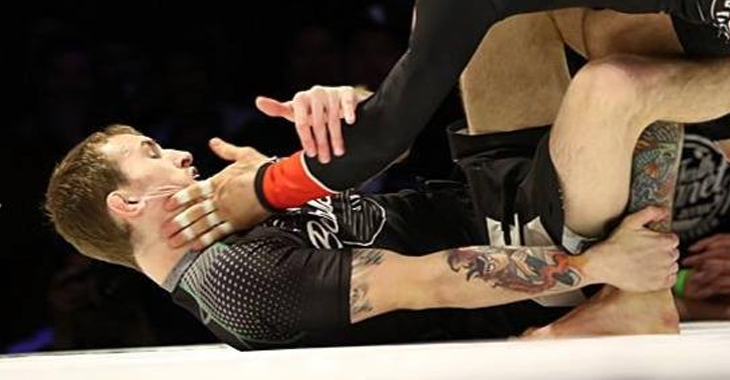 Back in March, Eddie Bravo added another element to his groundbreaking sub-only grappling tournament. The ruleset for his Eddie Bravo Invitational had already been unanimously agreed upon as the most exciting to grapple under, it was even borrowed by Chael Sonnen’s Submission Underground. If his system of no-points and overtime to force a winner wasn’t good enough, he introduced Combat Jiu Jitsu to the world. The only grappling tournament on the planet that featured Pancrase-palm thrusts. On November 12th, the first Combat Jiu Jitus pay-per-view will take place and features and incredible group of athletes. If you’re not familiar with Combat Jiu Jitsu, it’s a grappling tournament but with open-hand slaps legal on the ground. Literally, grapplers can Stockton slap their opponent in the face as long as they are rolling on the mat. It’s a perfect transitional bridge for MMA fans who have held back from getting into watching grappling as a spectator sport. Dip your toes into it as you watch elite grapplers smack the taste out of their opponent’s mouths before locking up a choke.

First look at what you can expect from combat jiu-jitsu! #EBI11 pic.twitter.com/SpJITjXV8R

It helps that it will be some recognizable names doing the slapping. Former UFC flyweight title challenger Wilson Reis, as well as UFC vet and The Ultimate Fighter 5 contestant Cole Miller will be competing. Not to mention four-time EBI champ Garry Tonon will try to get another belt. Despite recent controversy, even former UFC fighter Diego Brandao will be there. The first EBI bantamweight Combat Jiu Jitsu champion, Nick Honstein returns as well to put his title on the line.

🚨🚨 A twister just touched down in Southern California at #EBI11!! 🚨🚨 pic.twitter.com/jP7kEZhbn1