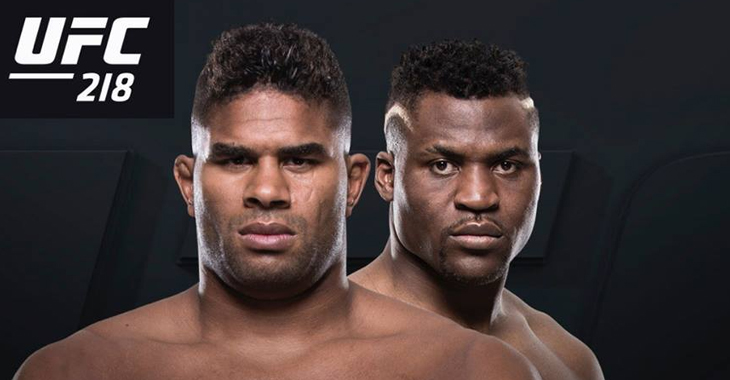 There has been tumbleweeds rustling down these MMA news streets lately. We’ve been holding our breaths waiting on fights to be announced and confirmed for UFC 218, but not just the fans and media have been pacing back and forth. Francis Ngannou has been searching for a fight ever since Junior dos Santos had to pull out of their UFC 215 battle. He called out everyone he could think of until he got to Alistair Overem and UFC heavyweight champion Stipe Miocic. Now, it seems like he may be getting an opponent for UFC 218 and we’ll have some fight announcements.

#UFC218 should include Holloway vs Edgar, Overeem vs Ngannou, Alvarez vs Gaethje and now Cejudo vs Pettis

If things move in the right direction for Detroit, they could get:

According to this guy, Overeem vs Ngannou was even posted on UFC’s website:

I also can't find it anymore. The UFC might took it down. But here you can see I don't post BS 😛 pic.twitter.com/BHVUKM22yT

Right here at BJPenn.com, we originally reported to you guys that Justin Gaethje and Eddie Alvarez would be slated for UFC 218, as well as Max Holloway defending his UFC featherweight title against Frankie Edgar. Not just that, but earlier today, MMA Fighting reported that a scrap between Henry Cejudo and Sergio Pettis is also set to be put on that card. If all this comes together along with Francis Ngannou and Alistair Overeem, then that December 2nd main card in Detroit could be incredible. We’ll keep you posted on an official announcement.

BREAKING: We have HW action in the Motor City! @AlistairOvereem takes on @Francis_Ngannou at #UFC218 in Detroit Dec. 2!