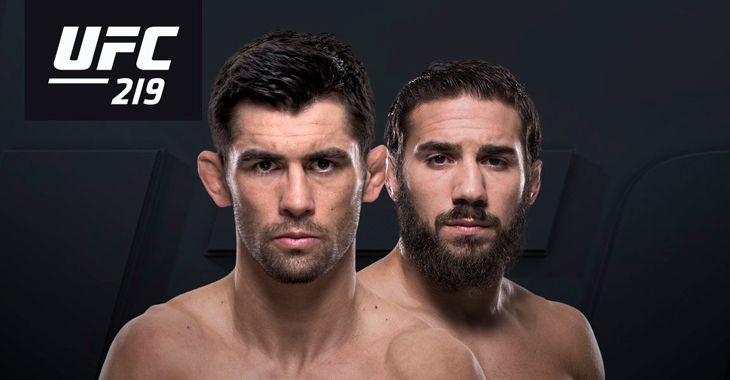 When it rains, it totally pours. Four giant fights are slated for UFC 218, including Alistair Overeem and Francis Ngannou being official. Now, we have our first three fights announced for the UFC’s year-end  card on December 3oth. Former UFC champions, Carla Esparza and Dominick Cruz will return to action in high-profile fights for their divisions.

The news comes on the three year anniversary of Dominick Cruz returning from being injured and mowing through Takeya Mizugaki. He’ll return against Jimmie Rivera, who is on an obscene 20-fight win streak, for what will undoubetdly be a fight to see who challenges the winner of TJ Dillashaw and Cody Garbrandt’s fight for the bantamweight title. Carla Esparza continues on her journey back to the UFC strawweight title as well, against undefeated Cynthia Calvillo. The young prospect is currently on a six-fight win streak, half being wins in the UFC. Also on the UFC 219 card, is Louis Smolka fighting Matheus Nicolau.

After being sidelined by injuries for three years,