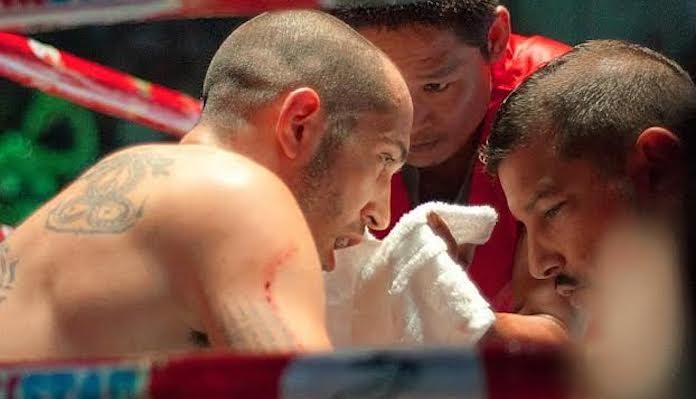 Dave Leduc walks into Arts Martiaux Patenaude in Gatineau, Quebec like any other student might: quietly, with a bag slung over his shoulder, and a few minutes late. In fact, were it not for his size and his interesting tattoos, he might not warrant a second glance. Yet contrary to appearances, this Quebecer is a member of the martial arts pantheon; a fighting titan; a hero in a sport from half a world away.

He is the King of Lethwei.

Lethwei, for those unfamiliar, is widely regarded as the world’s most brutal sport. Nicknamed “The Art of Nine Limbs,” this ancient Burmese martial art doesn’t use gloves — fighters use little more than a length of tape to fortify their hands and wrists — and allows punches, kicks, elbows, knees, and most shockingly, head-butts.

Gatineau is known for many things — perhaps most notably as the home of Gatineau Park and as a hub for 18-year-old hedonists who scurry over the border from Ontario to enjoy Quebec’s younger drinking age — but is not, generally speaking, known as a breeding ground for world class Lethwei fighters.

So how did Leduc find his way from this quiet corner of Quebec to the brutal summit of the Lethwei world? It’s a long story; penned in blood and punctuated by bone-on-bone impacts.

How Dave Leduc Became the King of Lethwei

“It’s funny, because it started here,” Leduc tells me as we sit ringside, with his long-time handler Sifu Patrick Marcil, inside the empty gym. “Nobody expects that because we’re so f**king far from Myanmar.”

Leduc first walked into Arts Martiaux Patenaude many years ago, with an interest in grappling, but Marcil encouraged him to try his hand at striking on account of his height and length. Leduc ended up falling in love with this side of the fight game, and eventually booked a trip to Thailand to do some training and soul-searching.

“I met a couple of guys in Thailand that were fighting [Lethwei] in Myanmar — its a neighboring country,” he says. “I was like ‘oh shit, I want to do this.’

“When I came back, Sifu was like ‘I saw this in Blackbelt Magazine, years ago, this Burmese bare knuckle boxing.’ We went online, there were no fights available because it wasn’t accessible like it is now.”

While this is how Lethwei first entered Leduc’s consciousness, it was some time before he finally found himself competing in the sport. He first spent several years competing in Muay Thai, and even became the first Canadian to win Prison Fight Thailand, a controversial program that allows Thai inmates to reduce their sentences by fighting foreigners. It was a year or so after this attention-grabbing feat that Leduc was invited to make his Lethwei debut against a veritable Lethwei legend.

“Everything happens for a reason,” Leduc recounts. “The [Prison Fight Thailand] promoter called me, maybe a year later. He said, ‘Dave, do you want to fight Too Too?”

Too Too is one of the most decorated and beloved fighters in Lethwei and, in a serendipitous twist, he had recently beaten one of Leduc’s friends, the late Matthew Richardson. Leduc, seeing an opportunity to make his Lethwei debut against a Burmese legend and potentially avenge his friend in the process, leapt at the opportunity.

He wound up shocking the thousands of onlookers crammed into Yangon’s Thuwanna Stadium by battering his experienced foe for the duration of the fight. Under the traditional Lethwei rule-set, any fight that doesn’t end in a knockout is deemed a draw, which meant Leduc didn’t leave the ring with a win, but he could not have looked more dominant in his debut.

“The whole fight’s a bit of blur,” he says of his debut Lethwei bout. “It just happened. It was instinct. But that’s the main thing, we train drills so that in the fight it happens by instinct.

“I actually initiated the first head-butt,” he adds proudly.

For those who have never thrown or absorbed a head-butt, the maneuver seems absolutely brutal. Yet Leduc says head-butts don’t feel all that different from the elbows and knees we’re used to seeing in mixed martial arts in Muay Thai. In fact, Marcil refers to these three bone-on-bone strikes as Les Trois Cousins — The Three Cousins.

With a successful Lethwei debut in the books, Leduc decided to devote himself to the sport full-time. He appreciated the freedom of expression that the Lethwei rule-set afforded him — especially when compared to Muay Thai — and simply couldn’t look back.

“I was able to express myself more in Lethwei,” Leduc says.

Since dedicating himself to Lethwei, Leduc has fought 9 more times against renowned fighters like Tun Tun Min (three times), and Cyrus Washington. While Burmese fans were previously fairly unwelcoming of foreign fighters in their beloved sport, they have come to love the Quebecer for his aggression in the ring and the way he’s embraced Burmese culture and tradition. Leduc even married his wife, writer Irina Terehova, in the country, generating national media attention.

“It was like a movie,” he says of his traditional Burmese wedding.

After all the time Leduc has spent in the country, he now considers Myanmar his second home.

“The smell of the betel nut, even in the airport, it’s how you know you’re in Myanmar,” he says. “You know how smells trigger you? It’s my second home, definitely.” 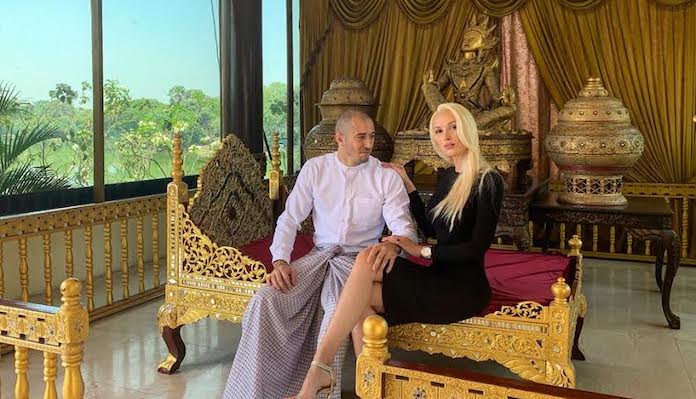 Interestingly, Leduc’s emergence as a Lethwei star has coincided with the rise of a new promotion called World Lethwei Championship (WLC). WLC has managed to bring Lethwei to an unprecedented international audience by signing several major broadcast deals, including one with UFC Fight Pass. The promotion has also strived to make this savage sport a little more palatable to Western audiences by eliminating a rule that allows fighters two minutes of recovery time after being knocked out, and by introducing a scoring system to reduce the prevalence of draws.

Leduc was initially skeptical of WLC’s rule-set. After speaking with the people behind the promotion, however, he’s not only come around, but signed with them. He has vacated the many other Lethwei titles he’s collected over the last few years, and will imminently fight for the inaugural WLC cruiserweight title against a fighter many UFC fans will be familiar with: Seth Baczynski.

A Threat to the Crown

Leduc and the 11-fight UFC veteran Baczynski will collide in the main event of WLC: King of Nine Limbs on Friday, August 2 in Mandalay, Myanmar. The bout will air on UFC Fight Pass.

“I was happy when they offered Seth,” Leduc says of this matchup. “We had a lot of big names pop up [in terms of potential opponents], but when it comes time to actually sign, they all found an excuse not to.”

While Baczynski has never competed in Lethwei, Leduc is taking him very seriously. He’s particularly wary of his foe’s size, weight, and aggression.

“I feel like he’s aggressive when he goes in,” he says. “He likes to swing, he likes to go. I’m cautious about that.”

Leduc also respects his adversary’s big-stage experience. Baczynski has fought in some of the world’s biggest arenas and will likely be undaunted, even on hostile terrain.

“He’s fought on the biggest stage in MMA, probably in front of bigger crowds than I have,” he says. “He’s fought at bigger events. He’s also had more fights than me, so he’s more experienced fighting-wise. I have only 10 fights in Lethwei. He has 35 fights or something in MMA, and in a way the only thing that changes for him striking-wise is the head-butts. In MMA, obviously, there’s gloves. In Lethwei there’s nothing, but it’s not like he was fighting in Glory in big eight-ounce gloves; big pillows. It’s going to be very similar on the feet to a UFC fight.”

Leduc, of course, is long on advantages in his this Lethwei matchup. Of all those advantages, perhaps the most notable is the fact that he’s already competed extensively in this brutal and unpredictable sport.

“I’m going to welcome him to the Lethwei ring and show him that’s a different game,” he says. “I’m going to hurt him.”

Having fought in Myanmar many times before, and won the affection of Burmese fans, Leduc will also have the crowd behind him in a way he rarely does when he’s competing against Burmese fighters.

“I have the home turf advantage,” he says. “They appreciate me, and they’re going to root for me.”

With the support of the Burmese faithful in attendance, Leduc intends to cement his reputation as Lethwei’s unlikely king in abrupt and decisive fashion.

“Being humble sucks,” he says. “When I fight, it’s always an event, and it feels good to be fighting Seth. I’m a bit in between: I respect him for taking the fight, but on the other side, I want to smash his head.

“Sifu always tells me, you’re not paid more if it goes one round or five rounds, so let’s make it quick.”