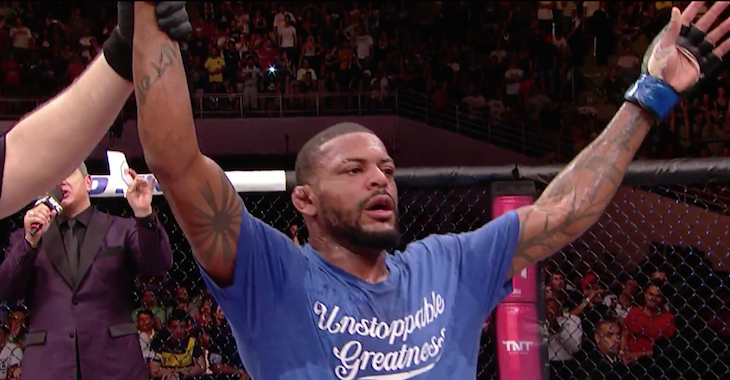 The lightweight division is one of the most stacked divisions in the UFC. That said, things are a little chaotic in the division at the moment, as champ Conor McGregor is pursuing a boxing match with Floyd Mayweather, top contender Khabib Nurmagomedov has been sidelined with illness and religious obligations, and the fan favorite Nate Diaz has no plans to fight.

On Wednesday’s edition of BJ Penn Radio, dangerous lightweight contender Michael Johnson weighed in on the situation at lightweight – particularly on the absences of McGregor and Nurmagomedov.

“Let Conor be Conor,” Johnson said of the champ’s desire for a fight with Mayweather. “If people want to cry and whine about him then that’s on them. I’m focused on myself and what I need to do to successful and get to the title and start calling my shots like that. So let him be who he is. That’s not my issue.”

While Johnson does not fault McGregor for chasing his massive fight with Mayweather, he also doesn’t believe the division needs to wait around for its absentee champ.

“Time waits for no man, so I don’t think everybody needs to wait around and wait for Conor to decide whether he wants to fight [in the UFC] or not,” he said. “If they need to have an interim title then they need to have one. But as far as everybody getting held up, I’m not getting held up in any position. With my loss to Khabib, I’ve still got to sort of inch my way back up towards the top. Interim titles can be for those guys [at the top]. It’s not the real title anyway.”

Johnson then weighed in on the contendership status of Nurmagomedov, who was recently forced to make yet another last-minute withdrawal from a fight with Tony Ferguson.

“Yeah of course [he’s the top contender], he’s undefeated, but at the same time he’s had trouble with his weight,” Johnson  said. “So it’s pretty hard to say who the number one contender is. But on the same token, that guy really doesn’t matter, because there’s not a real number one contender in any division, because anybody can get a title shot. We’ve seen that plenty of times.”

What do you think of Michael Johnson’s take on the situation at lightweight?