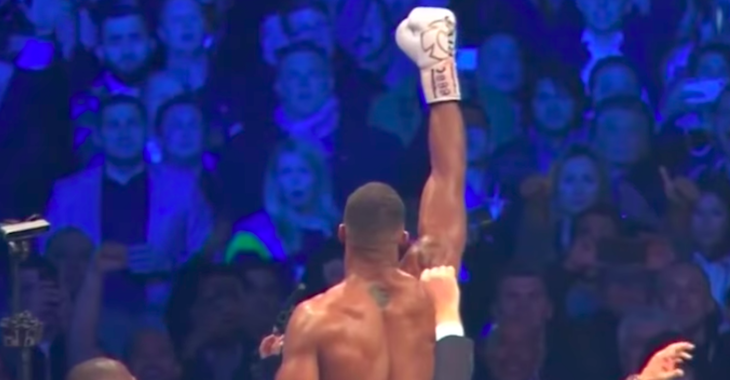 This past weekend, Anthony Joshua achieved what many only dream of when he captured the WBA, IBO, and IBF heavyweight boxing titles to his resume as he picked up a spectacular KO win over heavyweight boxing legend Wladimir Klitschko at the Wembley Stadium. The win extended Joshua’s undefeated record, which also saw him capture Gold at the 2012 Olympic games.

Following the win, Joshua was compared to heavyweight icon Mike Tyson, who spoke to ESPN about Joshua’s win over Klitschko, as well as the comparisons of the two: “It was a great fight. I had actually picked Klitschko to win as I thought this was just some jumped-up young guy from England. But man he fought well. Klitschko is 41 and no-one has ever done that to him.

“Importantly, he showed heart. He took a big punch from Klitschko and went down but he got back up. He showed real intestinal fortitude. He’s consistent, persistent and he didn’t give up. There’s no quitting in him. I love that he goes out there to hurt his opponent, too. That’s what boxing is all about but most fighters just don’t have that hunger.

“Joshua is still just a baby with 19 fights, it took me 28 fights to become world champion. But who cares, he’s the champ. The sky is the limit for him now and he is going to dominate the division and make so much money if he just keeps on doing what he’s doing.”

In regards to the comparisons of the two heavy handed men, Mike Tyson said: “I see the comparison, sure.”

So farina word yet on who Joshua will fight next, however there have been rumblings about a potential Anthony Joshua vs. Tyson Fury matchup once Fury is ready to return to the ring following his failed drug test.