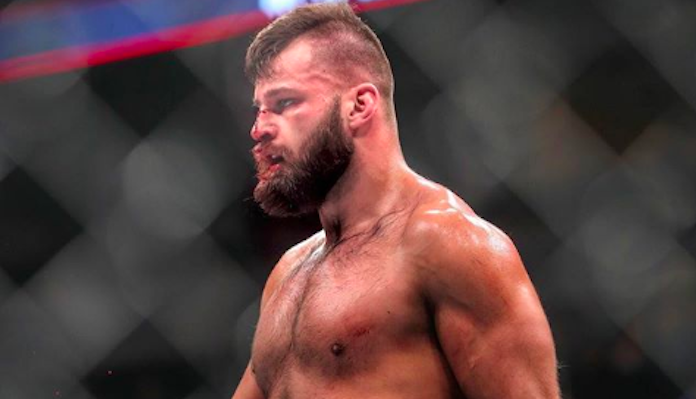 Julian Marquez had an interesting callout after his win at UFC 258, as he requested for Miley Cyrus to be his Valentine.

To some surprise, Cyrus responded with intetest but Marquez then supplied her with an ultimatum. That decision caused Daniel Cormier and most of the MMA community to say Julian blew his chance. However, Marquez doesn’t think that is true.

“The thing is, they all want to talk about how I blew my chance but I didn’t miss my chance, I can tell you that right now. I did not miss my chance. There are a lot more things going on. A gentleman doesn’t post about it on social media but that doesn’t mean nothing is going on,” Marquez said to BJPENN.com. “This is also me. Most people don’t understand that, that is me. I will go after what I want because I want it. I don’t need permission, I go after what I want because that is me. Miley Cyrus, I have loved her for a long time, I think she is great. She has done so many amazing things and it felt right and we both needed a Valentine’s. But, I didn’t miss my chance.”

Julian Marquez also got some support from adult filmstar and his podcast co-host, Kendra Lust.

Nope he didn’t blow it .. take it from a girl only made her more interested .. @JMarquezMMA @arielhelwani https://t.co/SDHNfqXdvi

“Nope he didn’t blow it. Take it from a girl, only made her more interested,” Lust tweeted.

It will be interesting to see if Julian Marquez and Miley Cyrus end up ever going on a date or meeting up. But, despite everyone saying the UFC middleweight blew his chance, he doesn’t believe that to be true.

Julian Marquez returned to the Octagon on Saturday night with a third-round submission win over Maki Pitolo. It marked his first fight after a long 31 months away due to an injury.

Do you think Julian Marquez blew his chance with Miley Cyrus? Sound off in the comment section, PENN Nation!