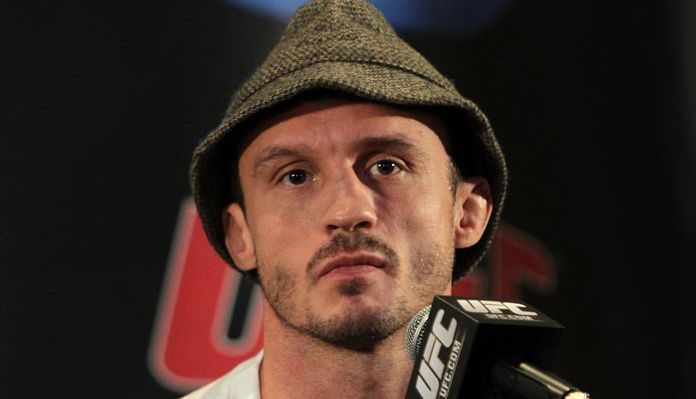 English MMA veteran Brad Pickett spent many years as a WEC and UFC bantamweight contender before retiring in 2017. During the height of his career, when the UFC was still owned by Frank and Lorenzo Fertitta, there was much less of a focus on the “money fights” and “super fights” we hear so much about today. Instead, fighters generally had to earn their title shots and big paydays the old fashioned way: with wins.

That’s the way Brad Pickett liked it. He didn’t need to trash talk to gain fans or move up the rankings. All he needed to do was win.

Now working as a coach and manager, the former fighter understands the business aspect of the UFC better than most. And since the UFC was sold to WME-IMG, he feels it has changed dramatically.

“Obviously, when I was in the UFC, it was when the Fertittas owned it. Even though it was a massive company, it felt like a fan-made business like you know the owners. Then it got bought out by WME-IMG and I don’t have a clue who owns that,” Pickett said to BJPENN.com.

“It is such a massive corporate business that it took all the personal connection away from the UFC. You just became a number,” he continued. “A mass number, about how many ticket sales can you generate, how many pay-per-view buys can you generate. Really, at the end of the day, it is an entertainment sport. Yes, it is a sport, but with WME-IMG, with all the money they spent, they need big draw fights. If there were a kangaroo vs. a koala bear and people would pay for it, they would put that on. It is about what makes the most money.”

While the UFC has had some major financial successes since being purchased by WME-IMG, its flyweight division has been struggling. In fact, there have been widespread rumors that the promotion plans to close the division.

Brad Pickett, who has also fought at flyweight previously, is a big fan of the smaller divisions in MMA, and believes that they are popular among hardcore fans, even if they’ve never caught on with casual fans.

“I think it is really down to the fighters not being as marketable. Also the fans, hardcore fans, like to watch good technical fights. With that, you watch the smaller weight classes because they are very technical,” Pickett said. “When you look at heavyweights, it is slow but there are more knockouts and the casual fan loves that. It is the casual fan that doesn’t like the smaller weight classes.”