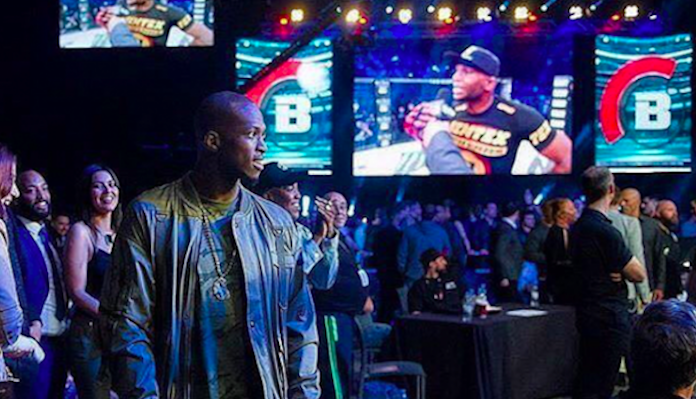 On February 16, at Bellator 216, Bellator will promote one of the biggest fights in UK MMA history, as British knockout artists Paul Daley and Michael Page finally collide in a long-awaited grudge match. Unfortunately, this massive fight will not occur in the UK. Instead, it will go down at Mohegan Sun Arena in Uncasville, Connecticut.

Speaking to MMAjunkie ahead of Bellator’s double-header in Hawaii this weekend, Bellator President Scott Coker explained why this fight isn’t happening on British soil.

“We did try (to make it in England),” Coker said of this Paul Daley vs. Michael Page fight. “The issue really was that the broadcast partner wanted to have it here (in the U.S.). But we went and talked to them. And James Rushton, the CEO of DAZN, we sat down with him and said, ‘We really feel like this fight should be here in London.’ We were in London at the time and he said, ‘OK, can do it here.’ There was no venues available at that time.”

“We said, ‘If we’re not going to do it in London, we’re going to do it in America where they really want it anyway,” Coker added. “But James Rushton did say, ‘You guys could do it here if you could find the venue. He gave us the green light, we looked, we tried, we tried to challenge dates and this and that and there was just nothing available. We had to do it in this timeframe, the month of February, there’s only the 02 Arena in SSE Wembley and that’s pretty much it. There’s just no dates available so we ended up doing it at the Mohegan Sun, 16th of February.”

While the location of this Paul Daley vs Michael Page fight is perhaps not ideal, the good news is that the fight is finally happening. Who do you think will come out on top?