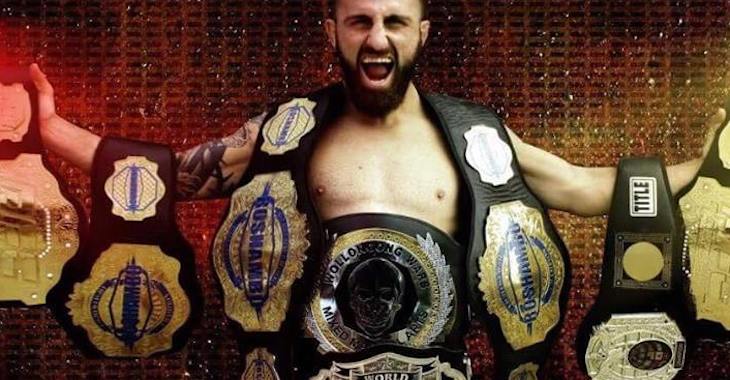 This weekend, on the undercard of UFC 221 in Perth, Australia, red-hot featherweight prospect Alexander Volkanovski will return to the cage for a rescheduled bout with Canada’s Jeremy Kennedy. If Volkanovski can win this bout, he’ll be 4-0 in the UFC, and 16-1 overall, and he expects to be rewarded for this impressive run with a top-15 opponent.

“That’s gonna be four,” he said on the latest episode of BJ Penn Radio. “If I win this, that’s four wins in a row. I haven’t even lost a round [in the UFC] yet, so I’ve been dominating most of my opponents and I’m sure they’re gonna wanna give me a ranked opponent. I just think that’s the only option after this. And I’m pretty sure, you know, my manger was talking to [matchmaker] Sean Shelby and that’s pretty much what he was implying, so I definitely think that’s what’s gonna happen, and that’s why I’m happy with the match up and I can’t wait, mate.”

Volkanovski, of course, is expecting to win in his native Australia. In fact, he’s expecting a finish – hopefully an impressive knockout.

“I say that every time I’m looking for that finish, but in this case I really am,” he said. “With my last few opponents, I knew going in there that I’m gonna be a lot stronger than them, and [that my] grappling is probably gonna be a bit better. Whereas in this case I still feel that way, but I know [grappling is] his go-to and you know, stand up, I’m definitely looking to stand up and look for that finish. I don’t think anyone in the division can take my right hand if I land it clean, so I’m ready to prove that and I’ve been calling for these 50g bonuses even before my debut but I reckon we’ve got one coming.”

Do you think Alexander Volkanovski deserves a top-15 foe if he wins at UFC 221?