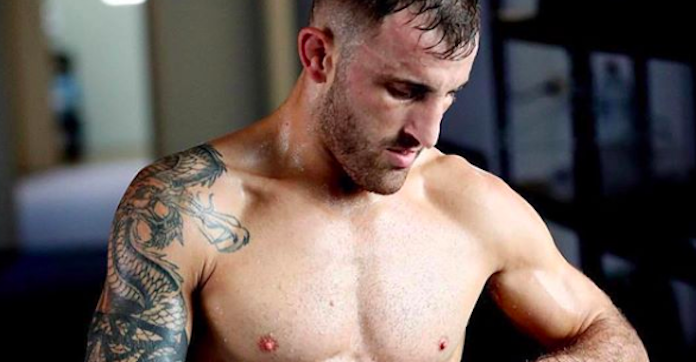 Earlier this month, on the undercard of UFC 221, Australian featherweight Alex Volkanovski scored a fourth-straight dominant UFC win, taking out Jeremy Kennedy with a swarm of second-round punches.

With this dominant performance in the books, Volkanovski feels it’s time he’s rewarded with a top-15 or even a top-10 opponent. The rising talent made his case on the latest episode of BJ Penn Radio.

“I haven’t lost a round in the UFC,” he said. “I literally have not lost a round. A lot of the rounds that I won you could say have been the 10-8 rounds as well. 50 percent of my rounds are 10-8 rounds so, [I’m] completely dominating. I’m barely copping any damage in any of my fights. I’m handing out some pretty good beatings, you know what I mean? So they need to give me some ranked opponent.”

“ I would like anyone in the top ten, or top fifteen,” he said. “Again, [I want] the guys that just want to talk.”

Since joining the UFC, Volkanovski has repeatedly expressed his desire to fight opponents who like to talk trash. He’s after the bullies and the big mouths. After his win over Kennedy, he made what he believed was an appropriate callout to that end.

“After I said that, I pulled out [the names] Andre Fili and Jeremy Stephens.”

In the wake of this callout, Fili expressed some disappointment in being clumped into the category of bullies that Volkanovski wants to fight.

All my life I’ve been rep’n for the outcasts, never been a bully. @alexvolkanovski I see you hiding behind fake humility. Go fuck yourself.

In the wake of this blowback, Volkanovski admitted that he might have had the wrong impression of Fili.

“Andre Fili ends up going, ‘oh yeah, you know, I’ve always stuck up for the underdogs, go fuck yourself’. Stuff like that. He took it personally. I don’t really care… I didn’t really know this, but supposedly he does all this charity work, and all this sort of stuff. That’s not bad at all.”

At the end of the day, however, Volkanovski was just basing his opinion of Fili on what he’d seen on social media. Apparently, a few Twitter quarrels between Fili and other fighters were enough to sour his impression.

“I don’t know him personally,” Volkanovski said. “He expects me to just stare at his Facebook and Twitter and know these things? All I see is, sometimes, him calling someone out and having a little Twitter beef with everyone. That’s the stuff he did to me [after my callout], and that’s the stuff that I see.” Besides, in Alex Volkanovski’s book, a little charity doesn’t automatically make you a good guy.

“I don’t mean this in a bad way, but I know, gangsters and that, that do charity work.”

We at Team Penn are determined to stay out of this one, but there’s no denying a fight between Alex Volkanovski and Andre Fili would be a thriller. There are no objections on this end to letting them settle their differences in the cage.