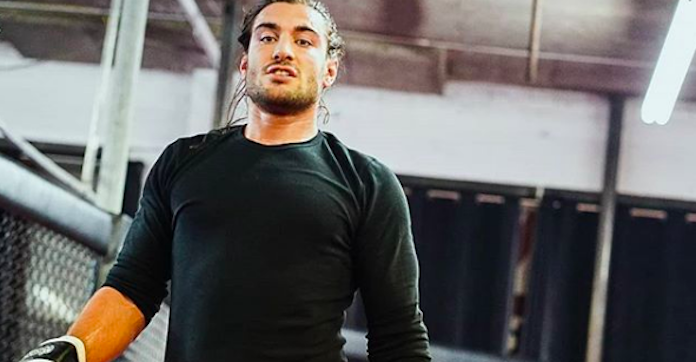 With a newly announced gig as an Invicta ring boy, an established modelling career, an entertaining YouTube channel, and lots more, UFC middleweight Elias Theodorou stays plenty busy outside the cage. That said, his packed schedule hasn’t detracted from his desire to fight. The Canadian star, who is the owner of an impressive 14-2 record, is currently eyeing a return to action this spring.

As far as potential opponents go, Theodorou was initially targeting ranked middleweights Krzysztof Jotko and Paulo Costa. Now that these two fighters have been booked against Brad Tavares and Uriah Hall respectively, however, he feels Brazilian veteran Thales Leites could be his best bet.

“I think a lot of this also depends on who’s available,” Theodorou said. “Obviously, I want to look to the top-15. I had my eyes on someone like Krzysztof Jotko. I had my eyes on someone like Paulo Costa. But they’re now all paired up. I think one person that’s available that isn’t necessarily in the Top 15, but just makes sense and would be an honor to compete against them, [is] Thales Leites. He’s had a lot of fights in the UFC. He’s had a resurgence in his striking. He’s obviously a dangerous ace on the ground.”

“I think [he] will be a test for me, because I’ve put myself in different positions where he could take advantage of, and it will force me to think around that and not give up my neck at any point.”

For the moment, of course, Theodorou is simply waiting to see what opportunities his management can track down for him.

“I’m talking to my manager and, again and like I mentioned, a lot of this has to do with who’s available.”

Who would you like to see Elias Theodorou fight in his return to the cage?