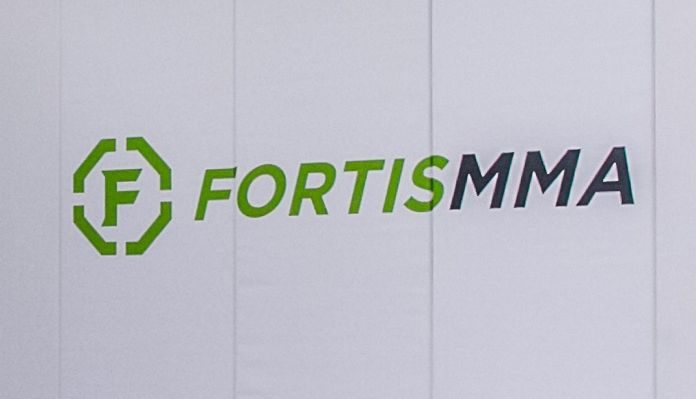 When MMA fans think of the top gyms in the sport, they think of American Top Team, JacksonWink MMA, Team Alpha Male, The MMA Lab, and many others. And rightfully so. However, not many fans seem to think of Fortis MMA. Some fans might not have even have heard of the gym. But that could soon change. Fortis MMA and its head coach Sayif Saud are no longer flying under the radar. That is because over the past year all the gym’s fighters have done is win and collect championships.

Fortis MMA is based out of Dallas Texas, and has only been around for about two years. In that two years though, Saud built the program up. He initially had no fighters in the UFC or any top promotion for that matter under his roof. Instead, he took on fighters who were either amateurs or only had one or two professional fights.

“The story is, we built this team from the ground up,” Saud said to BJPENN.com. “We didn’t have any fighters who are imported in from other camps or guys that were in the UFC. All these guys have been with me since the beginning. Most of them came to me 1-0 or 2-0. It is really an organic thing. We are a gym where accountability is real thing. Everybody is there, everybody is at practice and because of that, we have put double-digit people in the UFC in the past year or 15 months. I don’t know anybody else who has done that. Not only are they going into the UFC but they are winning.

“We have guys who are contenders,” he continued. “Geoff Neal, I think he is a contender at welterweight. Obviously, Macy [Chiasson] is a monster and she is going to be a problem. She was only 3-0 fighting a girl who was 11-3 and finishing her. We have a lot of up and coming young fighters who are homegrown. It is just different. Everybody is really close because they have come up together. It is just a group of really hard working individuals. We went 2-0 at UFC Beijing the week before, we also just won an LFA belt that is the third LFA belt we have won this year.”

The reason that Fortis MMA has been able to have so much success is simple. Saud believes in his fighters and they believe in him. Saud spends around 13 hours or longer at the gym everyday training his fighters for upcoming fights. Calling him busy would be an understatement. Just over the last six months or so, he has had several fighters fighting every weekend. Not only are they fighting, but they are winning.

‘I don’t know any other team that has won as many fights as we have the last year and a half. Everybody is saying that now, it isn’t just me. I don’t have to say anything, the numbers do the talking,” Saud said. “When everybody is out there winning it creates an environment where everybody is competing not just with their opponent but with each other. Nobody wants to drop the ball, nobody wants to lose. It just creates that environment, it is kind of like the Patriots. It doesn’t matter who the players are, the expectation is to win.

“The other thing is these guys are so close, I know everybody says that all the time. We don’t have anybody who comes in and does one camp here, it doesn’t work like that. You are either apart of the team or you are not,” Saud continued. “If you go out and win one weekend, that person is back on Monday to help a teammate get ready for their fight the next weekend. Geoff Neal had that great knockout, and then that Monday he was at practice helping the other welterweights. Them all being together for so long and getting to the UFC together, it is unique. It is special for sure.”

Although the success has been nice, it does come with some drawbacks. Saud has to be cornering his fighters, and that means leaving his family every weekend. With kids at home, it has been tough, but Saud knows he made a commitment to these fighters to make them the best they can be, and he has to stick with it. And the sacrifice looks like it is paying off, because Fortis MMA and Saud may soon be considered one of the best gyms and coaches out there.

“It is exactly what we work for. We work to be the best in the world,” Saud said. “Somebody asked me that, ‘is this your goal to build a powerhouse, and be considered one of the best teams?’ I was like ‘absolutely it was our goal, and absolutely it is my goal to be the best coach in the world.’ I don’t know who starts competing in something and just try to get to a certain level and say ‘I’m good,’ No, it never ends, even if you are the best in the world you can improve that and get better as well. That is the standard we are holding ourselves to. I have a lot of love to you and other up and coming journalists who are giving me my due.

“People look at big names and be like they have UFC champions. I’ll be honest, it isn’t that hard to take a guy who was already in the UFC that has eight or ten fights in the UFC and then getting him ready for his next opponent. It is hard taking a guy from nothing all the way through amateur, to the LFA’s of the world to the UFC to be a real contender and then winning. It is a whole different thing,” he continued. “We are doing something different and I think people are appreciating it and respecting it. That is what we are here to do, we are here to win. Number don’t lie and winning takes care of everything. You don’t need to say anything when you win. You just gotta win, we are going to keep working hard, and grinding. We are coming.”

Fortis MMA is definitely coming. After yet another successful weekend of their fighters winning fights, Saud is looking to do it all over again very soon.

“It is a real journey,” Saud concluded. “Anytime you see how hard these fighters work and they make it, it is very fulfilling. Very fulfilling.”