Luis Regis is confident he can pull off a major upset in his ONE Championship debut this Friday night in Kuala Lumpur, Malaysia (Friday morning North America).

Clashing with Thailand’s Yodsanklai IWE Fairtex the main event at ONE: Destiny of Champions inside the Axiata Arena, the Australian Muay Thai champion Regis believes he is capable of stopping the multiple world champion.

“We’re working to get a KO,” Regis said ahead of his Muay Thai showdown with Yodsanklai.

“I’m trying to clip his chin. I know he’s been clipped before, so hopefully there’s a gap there that I can reach. But whatever comes, will come. I’m up for a war. I’m there to put in a good fight.”

Having prepared for almost five weeks for the bout, Luis Regis believes he has the game plan to topple Yodsanklai.

“I will beat him with non-stop pressure,” he said.

“I can’t let him get into his groove. I think he’s slowed down compared to what he used to be, but he still has a lot of power that I respect. I’ve just got to cut the gap and push forward with my hands. I’m a busy kind of fighter and I’m going to try different things all the time and not let him settle.”

Yodsanklai will pose problems for Regis, who is only too aware of the 33-year-old strengths.

“I think his kick is his most dangerous weapon,” Regis said.

“The good thing is it’s in a cage and that’s different from the ring. It’s a little bit bigger, so I’m going to try and wear him out.” 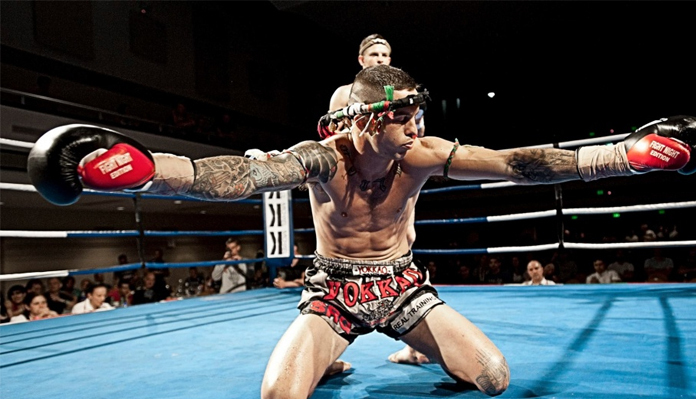 Regis, a veteran on the Australian Muay Thai scene, steps up for what is undoubtedly the biggest test of his career. He knows it’s going to be tough, but he relishes the challenge.

“I’m the underdog again, but I like it. I’ve always been the underdog throughout my career,” Regis said. “I’ve always had less fights than my opponents, I don’t have a huge fight record and I have always fought guys who have five, 10 times my experience.

“I’ve only had 30 fights, but I’ve taken on guys with over 200 fights. I think that’s what makes you better, there’s no point fighting bums.”

Once daunted by the enormity of the clash ahead, which is expected to unfurl in front of 16,000 fans, Regis is now just excited to walk inside the cage.

“In the first week of training I was thinking about that, the crowd and everything, but I’ve fought on big shows before and I perform better,” Regis said.

“For some reason it doesn’t affect me in a negative way. It brings the best out of me. I’m just excited and it’s time to shine.”

Do you think Luis Regis can spring the upset on the legend Yodsanklai IWE Fairtex in the ONE: Destiny of Champions main event?