A lot of MMA bouts have been canceled or postponed during the past few weeks, including one involving Italy’s Alessio Di Chirico.

The Italian fighter was originally slated to compete on April 11 in Portland against Abu Azaitar. He was later rescheduled to fight Markus Perez on the same date, but the entire card was ultimately called off due to the COVID–19 concerns.

“Ironically, my [first] bout was already canceled due to my opponent’s [Abu Azaitar] hand-injury”, Di Chirico told BJPENN.com. “It was then rescheduled to the first available card, on August 15. I’ve been luckier than more of my colleagues that saw their bouts scrabbed off during fight week and didn’t have a clue until the final decision. Although, I think it was the right call to cancel the latest UFC card. We should not underestimate this health emergency, this virus can mutate. We have to follow the WHO’s guidelines. UFC is working to put on a prevention program starting from the next event. Let’s wait and see what the definitive directions are going to be.”

As mentioned above, UFC was planning to reschedule Alessio Di Chirico’s bout against Markus Perez in Dublin on August 18, but most recently Ireland’s government decided to ban mass gatherings until September, putting UFC Dublin in serious jeopardy.

“At the minute, basing at what we’ve been told, it seems that we’re heading to the renowned Fight Island. We talked about that a few days ago, during a conference call between fighters and Dana White. They will start again on May 9 [with UFC 249] and then they’re going to host one event per week, in order to catch up with all the canceled events. Health comes first, sure, but I strongly hope my bout will happen, I want to fight. I think it will happen.”

Even though Dana White will do the trick and will be able to host multiple events, fighters are still going to have rough times training properly, since facilities are shut down due to the coronavirus pandemic.

“I’ll do what it takes to be part of this event. Sure, if by May things won’t change, it’s gonna be really hard doing the camp. I do think my career, all fighters careers, take a back seat, compared to the global emergency. Some times the right thing to do is to take a step back. With that being said, I expect that the [Italian] government finds the best, the safest way to take care of professional athletes, to let us go back to train. I hope MMA won’t be overshadowed by other major sports. What I know is that having a camp for a UFC bout without training with other people and at least one sparring partner, will be tough.” 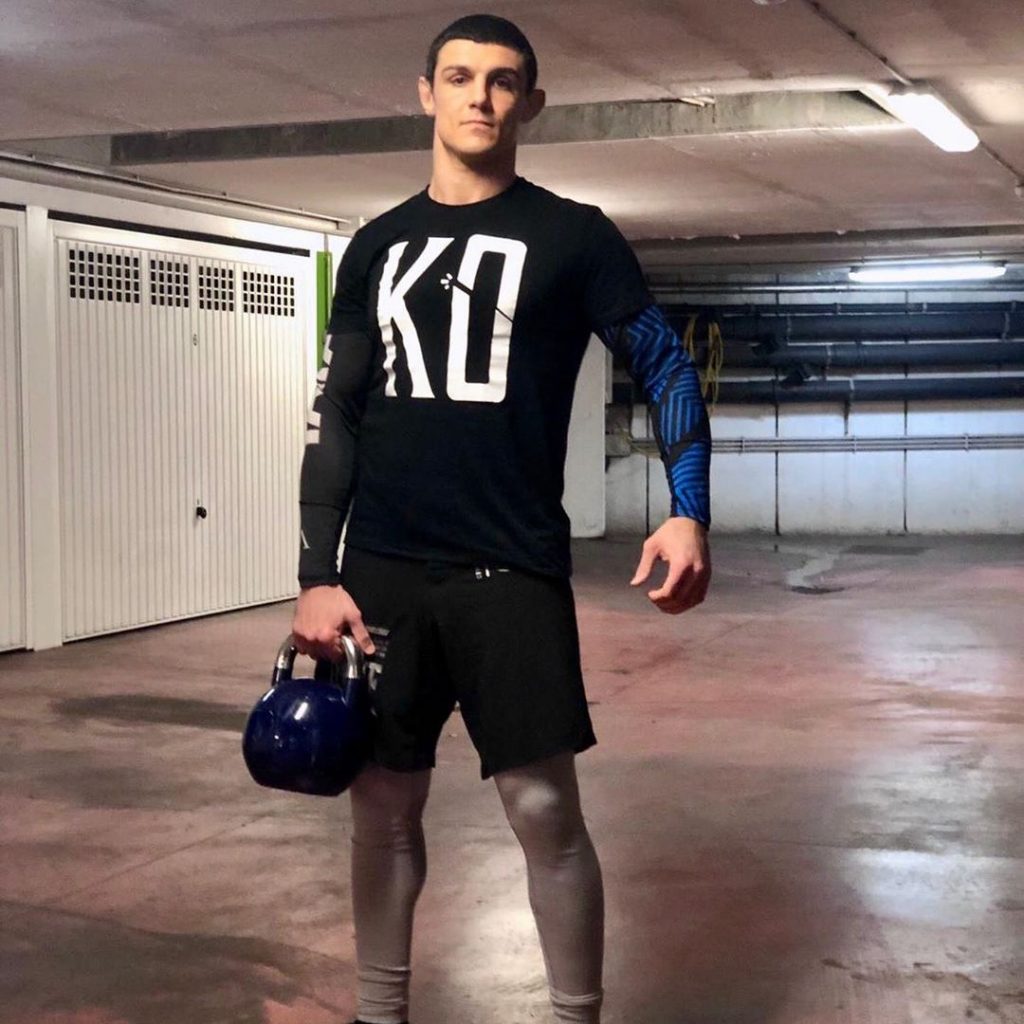 Having a proper training camp, won’t be the only concern for fighters since there’s a real possibility they could catch COVID–19 just like anyone else.

“Honestly my greatest fear is to infect my family, my son, my wife, my parents”, the Rome’s own stated. “I think that if I’m going to fight, UFC will test us multiple times, so chances [to catch the virus] should be very slightly, but undoubtedly the risks exist and if I’ll ever have any symptoms, I’ll quarantine myself. It’s a tough spot, but that’s fighter’s life. We have to fight to make a living, we don’t have a steady paycheck, we won’t have any pension, any income once we’ll retire. And it’s all our fault. We are not united as a category. We only care to screw each other and talk trash, like idiots.”

“Manzo” is currently on a two-bout losing streak, having two controversial losses against Kevin Holland and Makhmud Muradov. Even if his next opponent is Brazil’s own Markus Perez, the Italian fighter is definitely not happy with those losses and hopes the UFC gives him the chance to avenge them.

“I’d love to [have those rematches]. I chose to keep my profile low since I deeply respect this sport. It’s a sport that saves lives, keeps people away from the streets, from the drugs. I don’t talk trash, I don’t provoke my opponents to be known even for my stuff outside the cage. I am where I am only because of my victories and I’ll get what I’ll get only because of my results. Maybe I’ll pay for it, especially in the closest matches. If you think about it, in a fight between two less known fighters, but even between the well-known ones, they always tend [to give the win] to the most famous athlete or the one with the most hype. That’s ok, though. I took note of that and I won’t make the same mistakes. I have to close the matches inside the limit and the hype will grow up”.

Hopefully, that hype will help the Belpaese native to make one of his dreams come true, the first-ever Italian UFC gig. Since they started doing business in 1993, the most prominent mixed martial arts organization never stepped foot on Italian soil.

“I don’t know [what is holding them]. Maybe they did some market analysis and decided that the [Italian] crowd is not ready just yet. Or maybe it’s Italian fighters fault, maybe we didn’t win enough or maybe we haven’t been good enough to promote it, at least not in the right way. Personally, I’d love to see a UFC show inside the Verona Arena, which is very similar to the Colosseum but, unlike the latter, can host events. Rome and Milan will be great too, we have arenas, indoor stadiums. The fans want it, let’s make it real and I’m sure it will go sold out. They’re gonna host a show in France soon if MMA will be actually legalized. I hope everything works fine, it was unfair and anti-historical to ban a global sport like mixed martial arts.”

Alessio Di Chirico should soon lock horns with Markus Perez. Will it be in Dublin or on Fight Island? It is still unclear, but drop us a comment in the section below telling what your predictions are.