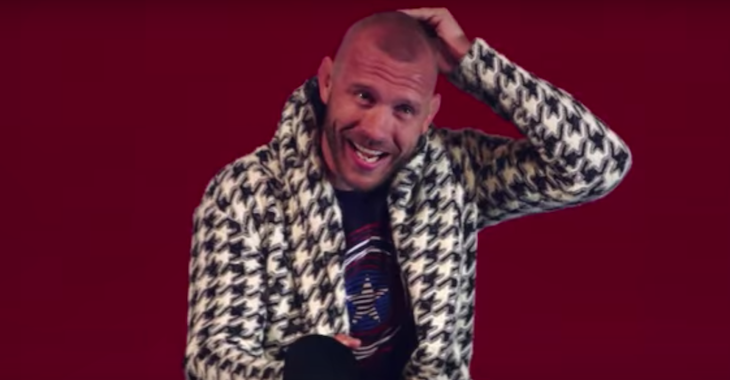 If things had gone according to the initial plan, 24-year-old flyweight contender Ray Borg would have taken his crack at the seemingly unstoppable UFC flyweight champ Demetrious Johnson in the main event of UFC 215 last night. Regrettably, Borg was forced out of the fight at the very last minute with an illness.

While Borg was deemed unfit to compete by the UFC’s medical team, his friend and teammate Donald “Cowboy” Cerrone believes he should have dug in his heels and tried to fight anyway.

“He’s under the weather, and I haven’t spoken to him,” Cerrone told MMAFighting’s Ariel Helwani of Borg’s withdrawal.

If he could speak to him, however, Cerrone would give Borg a clear piece of advice:

“You should have fought, that’s what I would have said, but that’s just me. Of course, no matter what, I would have to be on my death bed not to [fight].”

Cerrone, of course, is known for his willingness to fight pretty much anybody, at any time, under any circumstances. The lightweight title challenger turned welterweight contender has taken many fights on extremely short notice, and next up, will fight an opponent he’d never even heard of before the bout was suggested, as he battles rising British welterweight Darren Till in the UFC Fight Night 118 main even on October 21 in Gdansk, Poland.

When we last saw Borg in action, he moved onto a two-fight streak, clinching his title shot with a decision defeat of Jussier “Formiga” Da Silva. It’s unknown whether he’ll still get the opportunity after this  unfortunate withdrawal.

Cerrone, meanwhile, last fought in July, when he lost a controversial decision to former UFC welterweight king Robbie Lawler. The former lightweight title challenger is 4-2 since moving to welterweight.

Do you think Ray Borg should have channeled his inner Donald Cerrone and fought through his illness?