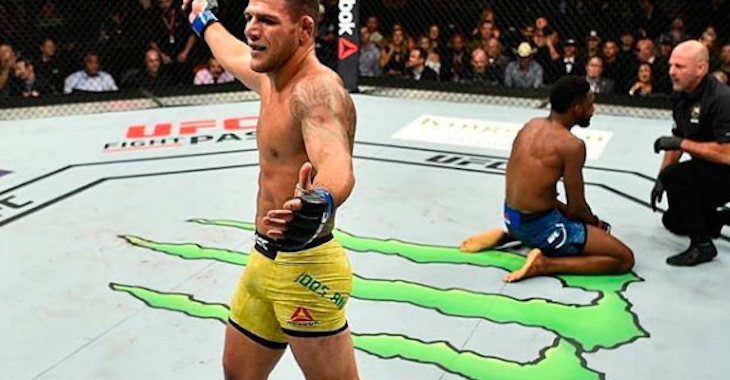 Last night, in the co-main event of UFC 215, long-time welterweight contender Neil Magny moved to slow the welterweight rise of former UFC lightweight champion Rafael dos Anjos. Regrettably, the fight went disastrously for Magny, as he was taken down and abruptly submitted by his dangerous foe.

In the immediate fallout of his submission loss to dos Anjos, Magny took to his official Instagram account to issue a quick statement on the fight. While he clearly isn’t happy with the result, he is pure class in defeat.

I am truly fortunate to have been able to do what I love tonight. Wasn’t the outcome that I trained for, but that’s life. Thank you guys for all of the love and support. Congratulations to my opponent. I will come back better #ag2g

“I am truly fortunate to have been able to do what I love tonight,” Magny said in his Instagram post. “Wasn’t the outcome that I trained for, but that’s life. Thank you guys for all of the love and support. Congratulations to my opponent. I will come back better.”

While Magny will now have to return to the drawing board, we know that his opponent dos Anjos has set his sights on UFC welterweight champ Tyron Woodley.

Were you surprised at the outcome of Neil Magny’s fight with Rafael dos Anjos?