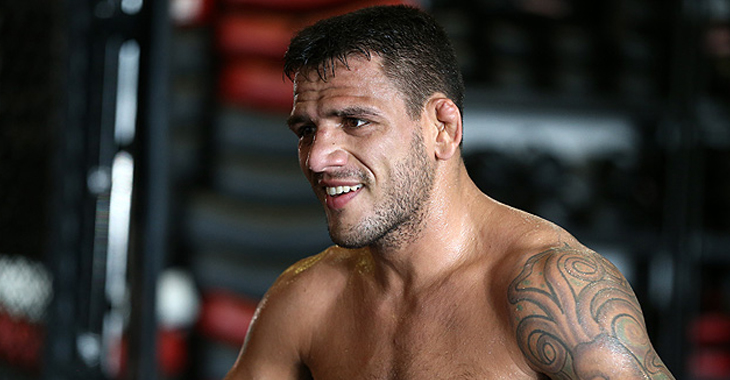 Earlier this month, UFC matchmaker Sean Shelby made the surprising admission that, if Demian Maia couldn’t be ready in time to battle welterweight champ Tyron Woodley at UFC 214, the title shot would have gone to former UFC lightweight king Rafael Dos Anjos.

“What’s interesting about this [dos Anjos vs. Magny] fight is that we obviously had the fight with Tyron Woodley and Demian Maia, and there was some question… Tyron’s team made it public that Tyron was fighting on this card, and Maia wasn’t initially sure he could do it,” Shelby explained. “The guy waiting there for that fight was RDA. He had already accepted the fight with Tyron had Maia not been able to do it.”

Initially, this seemed like a bit of a stretch, as Dos Anjos had one just once in the UFC welterweight division, defeating Tarec Saffiedine in June. Last night, however, in the co-main event of UFC 215, Dos Anjos opened the world’s eyes to his potential as a welterweight, destroying the game Neil Magny inside one round. “I’m the former lightweight champion looking forward to being a two-division champion,” dos Anjos continued. “I know Woodley has an injury, but I need some time off now. I fought three months ago in Singapore. I just fought now. I was preparing for Woodley, but Maia took the fight. I don’t want to lose what I was training already, so I called (UFC matchmaker Sean) Shelby and said, ‘Hey, I want to fight, if you have somebody.’ Then the opportunity with Neil Magny came up.

“We’ll see. My goal is to fight for the title.”

Dos Anjos then assured that, if he does battle Woodley, he’ll force the champ into an exciting fight:

Do you want to see Rafael dos Anjos take on Tyron Woodley?