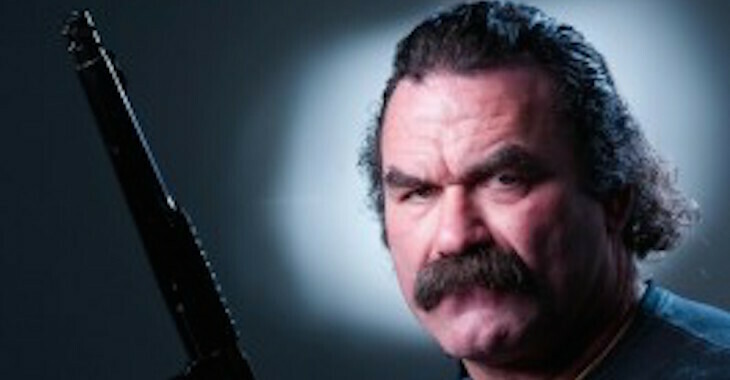 According to a report, mixed martials arts legend Don “The Predator” Frye is currently in a Los Angeles Hospital and not doing well.

MMA.TV member “ocbadapple” took to the popular forum and reported the following news:

“Apparently Don has been at Cedars Sinai for about a week and has had some issues , with among other things, pneumonia. Im told he’s not doing too good.

Every single fan of MMA should say a prayer, rub buddha’s belly, ask for help from Allah, or whatever it is that they do in times of need. We all owe it to Don since he helped pave the way for fighters such as myself and thousands of others.

I’m not sure if there is a gofundme page or anything set up yet, but I will look. If not , one should be set up ASAP

Prayers for the Predator”

Don Frye was inducted in to the UFC Hall of Fame this past July under the “Pioneer Wing”.

The 50-year-old mixed martial arts legend finished his career with a 20-9-1 record which included a remarkable 18 finishes.

“The Predator” won the UFC 8 tournament by defeating Gary Goodridge via submission (punches) in February of 1996, thus improving his record to a perfect 3-0 at the time.

Frye’s first career defeat would come later that summer in the UFC 10 tournament finals where he suffered a TKO loss to fellow MMA legend Mark “The Hammer” Coleman.

“The Predator” would return to the octagon in December of 1996 to compete in the UFC’s “Ultimate Ultimate 96” tournament. Don met Gary Goodridge in the first-round of the tournament and scored a TKO victory after a grueling eleven minute battle. Frye would then square off with Mark Hall in the tournament semi-finals, who he promptly defeated via an Achilles lock submission just 20-seconds in to the fight.

In the “Ultimate Ultimate 96” tournament final, Frye squared off with a brawler by the name of Tank Abbott. “The Predator” was able to utilize his grappling skills to score a rear-naked choke victory over Tank, thus becoming the tournament champion.

Frye would go on to compete in many legendary battles while fighting under the PRIDE banner in Japan. He was voted “fighter of the year” in 2002.

Our thoughts and prayers are with Don Frye and his family at this time.