Earlier this month, ‘Chaos’ and ‘Gamebred’ squared off in the main event of UFC 272. The fight itself had a lot of bad blood heading in, as the two welterweights used to be friends. However, the bout itself was anything but close. Covington dominated en route to a unanimous decision victory.

The tensions continued running high after the fight. In the days that followed, Covington continued to taunt his former friend on social media. In return, Masvidal showed injuries he sustained from eye pokes that occurred in their fight. He also stated that he would fight his former friend in the street if he saw him.

It seems that Masvidal has lived up to his comments. Last night, Covington was reportedly out at dinner at the Papi Steak restaurant in Miami. Masvidal seemingly got wind of this and went there as well to confront his former friend.

Masvidal then reportedly struck Covington, which resulted in fractured teeth and a damaged wrist. While no charges have currently been filed, ‘Gamebred’ faces a felony battery charge if the victim chooses to seek charges.

Daniel Cormier has now reacted to the news. Speaking on the DC & RC podcast, the former champion doesn’t agree with Masvidal’s tactics to handle the feud. 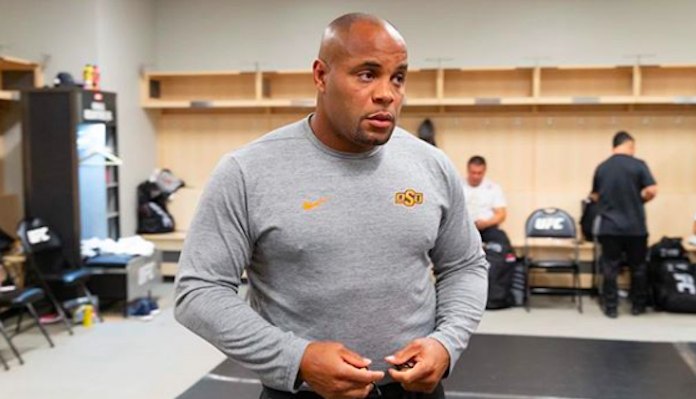 “Here’s the thing, a lot of these altercations happen prior to fights happening. You have 25 minutes, and this is the only place I’m going to condemn Jorge Masvidal. You had 25 minutes less than two weeks ago to do everything you wanted. It doesn’t seem as though, this was a come face to face, and we get into a fight. This seems a little bit different. That’s where it seems off.”

Do you agree with Daniel Cormier’s comments? What do you think about Jorge Masvidal’s scuffle with Colby Covington?