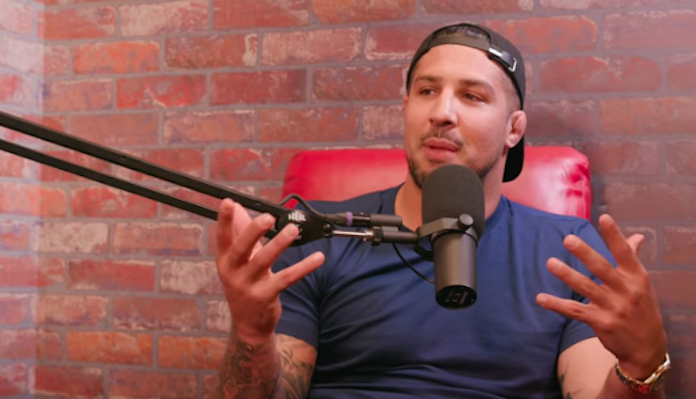 Brendan Schaub has discussed Paddy Pimblett’s ongoing rise in the UFC. The fighter-turned-comedian has compared it to Conor McGregor’s early winning streak.

‘The Baddy’ recently competed at UFC London last weekend against Kazula Vargas. After dealing with some early adversity, Pimblett secured a submission to win near the end of the first round. The victory was his second straight in the Vendramini in September 2021.

The 27-year-old has already cemented himself as one of the biggest stars in the UFC. His current winning streak has earned comparisons to another star, Conor McGregor. It seems Brendan Schaub is amongst those who like the comparison.

The former UFC heavyweight discussed Pimblett’s rise on The Schaub Show. Schaub noted that Pimblett was already a star in the U.K. before he even debuted in the UFC. With his current winning streak, he’s only going to get bigger and draw more eyeballs.

“He could have sold this thing out himself. It’s still not in the UFC, and until you’re in the UFC, it’s a different animal. Whether he could’ve sold out the same arenas that Anthony Joshua does, and that’s all fine. But, it wasn’t the UFC, it’s a different animal, so that’s the one thing I had questions about. But then, when Paddy walks out, you realize who the kind of alpha male is as far as star power goes.”

Schaub continued, “That arena was going nuts. This kid, it’s like when Conor [McGregor] was coming up, he just has that X-factor. It’s like the moment can’t get big enough for him. He thinks this is exactly what he should be doing, and he’s going down the exact path he planned for himself.”

Do you agree with Brendan Schaub? What do you think about the Paddy Pimblett-Conor McGregor comparisons?