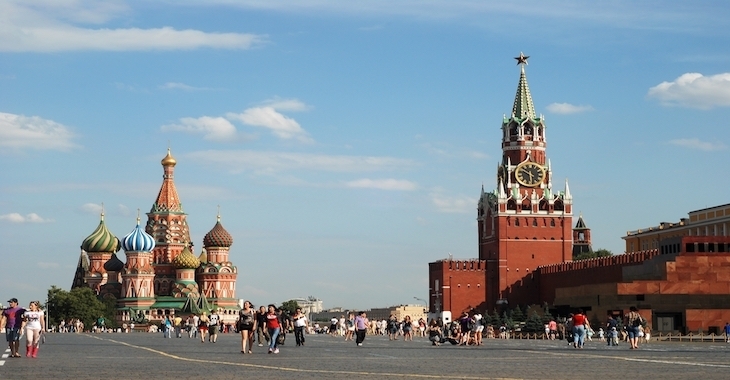 Over the last few years, the UFC has tapped into a veritable gold mine of talent in Russia.

The most notable Russian fighter on the UFC roster, of course, is Dagestan’s Khabib Nurmagomedov, who is currently banging on the door of lightweight champ Conor McGregor with both hands. In addition to Nurmagomedov, the UFC is now home to Russian talents like Rustam Khabilov, Ruslan Magomedov, Ali Bagautinov, Albert Tumenov, Oleksiy Oliynyk, Omari Akhmedov, Alexander Volkov, Rashid Magomedov, Alexander Yakovlev, Shamil Abdurakhimov, and others. The list is always growing.

Given the influx of Russian talent to the UFC, talk of the UFC’s hosting an event in Russia is growing ever louder. The demand for a card in Russia is certainly there, and the organization has the talent required to stack a potential debut in the country.

According to a Tweet from the always reliable Karim Zidan of BloodyElbow.com, the organization has taken a real step toward the fruition of a Russian card, as UFC bosses Dana White and Ari Emanuel recently took a trip to Moscow to discuss the possibility of a Russian UFC event with Deputy Prime Minister Vitaly Mutko.

In the past, the UFC has hosted events in the United States, Canada, Brazil, the United Kingdom, Ireland, Mexico, Sweden, Germany, Poland, Croatia, the Netherlands, the United Arab Emirates, Japan, South Korea, The Philippines, Singapore, Australia, New Zealand, and other countries. Russia remains one of the last strongholds that the organization has not yet broken into.

Despite the UFC’s failure to break ground in Russia, the country clearly has a massive appetite for MMA, as the home of promotions like M-1 Global, Eurasia Fight Nights (EFN), and Absolute Championship Berkut (ACB).

Do you want to see the UFC host an event in Moscow, Russia? If so, which Russian fighters would you like to see on the card?