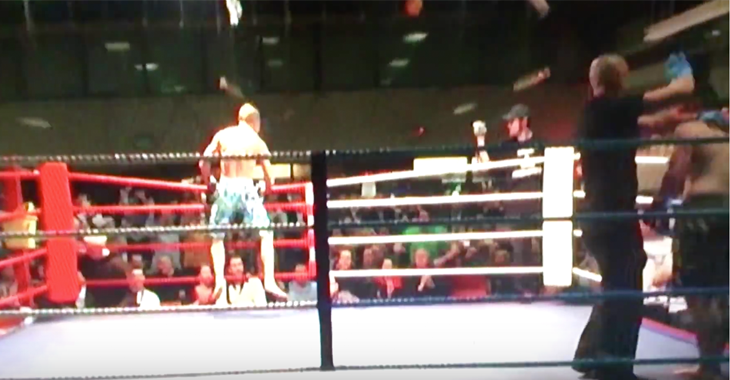 Conor McGregor has blown up to be a world-renowned superstar with his abilties both inside and out of the Octagon.

Here, we take a trip back in time to the night of February 17, 2007, where the star would shine brightly in his amateur fight against Ciaran Campbell at the ROT – Ring of Truth 6 event at the Ringside Boxing Club in McGregor’s hometown of Dublin, Ireland. We see a young, lanky, 18-year-old Conor McGregor get into the ring and show his aggression in the fight against Campbell. The Irish southpaw displayed his dominance as a teen, knocking Campbell down and allowing him to come back to his feet and then tossing him to the mat in a grappling exchange. With his aggressive striking, “The Notorious” got his finish. McGregor stunned Campbell on his feet with a barrage of punches. His dazed opponent held on to the ropes in his attempt to stay on his feet causing the referee to stop the fight before he could even fall to the mat.

Whip back to present day and Conor McGregor has the biggest fight of his life coming up in less than two weeks. “The Notorious” will headline a historic UFC card taking place in New York’s Madison Square garden. The Irish superstar will challenge UFC lightweight champion Eddie Alvarez for the lightweight title while maintaining the status as the UFC featherweight champion. If McGregor is able to get his hand raised over the always tough and experienced Alvarez, he will be the first fighter in UFC history to hold two UFC division titles simultaneously. However, Eddie Alvarez is no easy task and has had his fair share of dog fights.

Who are you picking to win the significant UFC lightweight title fight between Eddie Alvarez and Conor McGregor? Sound off with your prediction by leaving a comment!