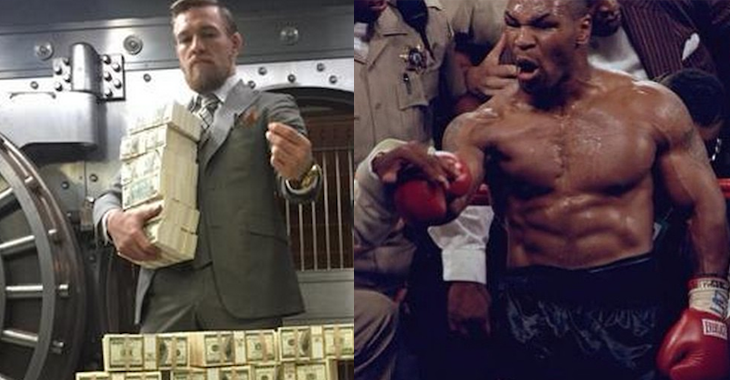 UFC featherweight champion Conor McGregor has become a worldwide star and it’s only fitting that the prize MMA fighter has been seen hanging out with other celebrities.

We’ve seen Conor hanging out with Jennifer Lopez at her birthday. Soccer star Cristiano Ronaldo paid “The Notorious” a visit during his UFC 202 training camp preparing for his rematch with Nate Diaz. Kanye West went out to watch McGregor and Diaz fight at UFC 202 and the rapper was seen backstage having a friendly exchange with the Irish prize fighter.

McGregor’s coach, John Kavanagh recently spoke with Paul Kimmage of the Independent and spoke about some of their celebrity encounters since McGregor has become a worldwide superstar.

JK: Arnold Schwarzenegger was interesting, he had that same drive and competitiveness and was very down-to-earth. But it’s what Joseph Campbell says in The Hero With A Thousand Faces… There are archetypes we meet as we go through life and when you get to a certain age you’ve met them all. ‘Oh! You’re that guy. You just have a different face.’ I’m sure you’ve felt the same when you’ve interviewed people.

JK: I mean I’ve met Kanye West and he’s just another guy: ‘How’s it going?’ And he came to us, so there’s a different (vibe in play) than when he’s being harassed for selfies and stuff and has this persona of ‘just fuck off’, and I get that. I see what it’s like being around Conor and people are never happy, no matter what you do. They want another picture, another autograph, it’s very draining. I certainly wouldn’t be able for it.

PK: But he copes with it. JK: He’s brilliant at it. I don’t know how he got so good at it, so fast, with no training, because he went from obscurity to… I mean he’s one of the most recognised stars in the world now and it still kind of catches me to say that.

PK: Was there a moment you noticed that he was starting to draw these celebrities?

JK: It still kind of gets me, you’re at an event and… I’m trying to think of the last guy that was hanging out of him… Justin Timberlake. It was almost embarrassing. He was like a fanboy. I was like: ‘Go away man’. I prefer being around sports stars than film stars because I can relate to what got them there.

PK: You mention Tyson in the book?

JK: Yeah, we met Tyson very briefly. He said to Conor: “If it depreciates, lease it. If it appreciates, buy it.” That was it.

PK: I was curious about that.