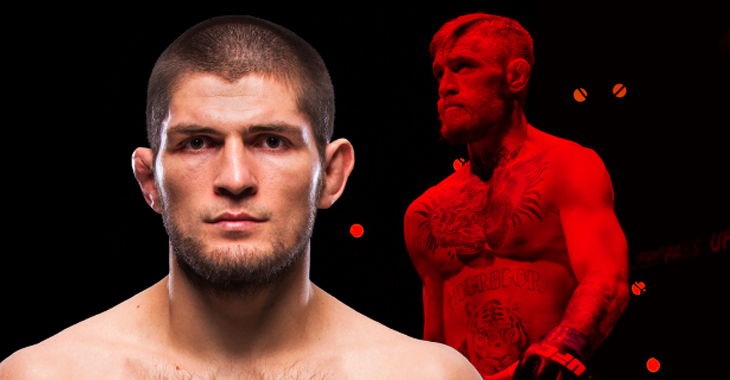 Throwback to 2015 when Conor McGregor predicted that Khabib Nurmagomedov would one day have the Lightweight title. pic.twitter.com/pzJT9U6WoR

They call him ‘Mystic Mac’. Conor McGregor has made a name for himself his entire career by making predictions. Once you stop and count them all, it’s actually eerie and a little bit insane. Like a some sort of MMA Nostradamus, McGregor prophesied that he’d fight for the UFC and become a champion. He even called his victories over Dustin Poirier, Chad Mendes, Jose Aldo, and even Eddie Alvarez. These are just small examples of nearly 30 times his predictions have come true. However, there is one that McGregor probably doesn’t want coming to fruition. Back in 2015, the self-proclaimed Champ Champ said that Khabib Nurmagomedov was going to be UFC lightweight champion.

“Conor [McGregor] need to deserve this. The real belt is 25-0, this is a real belt. To be honest, I think real belt is Tony Ferguson. Conor, he had only one fight in UFC at 155 and he champion. He beat old Eddie Alvarez. He’s a good fighter, but he is not champion. He is a good fighter but I think a lot of people can beat him at 155 pounds. This is my opinion. He has good boxing, timing, but he don’t have wrestling, he don’t have conditioning, but he has a real belt? This is not about him because UFC wants this. He come to lightweight and fight one time and he’s champion. This is a little bit crazy I think.” — Khabib Nurmagomedov at UFC 219’s post-fight presser.

Granted, there are many ways this could happen. Conor McGregor doesn’t even have to fight Khabib Nurmagomedov in order for the Sambo smashing machine to become champion. Although, it doesn’t seem like the UFC has any plans to strip the current lightweight champ. It seems like the unification bout with Tony Ferguson is next, but fans have been drooling over a clash with Khabib for a long time and their trash talk on Twitter sure is heating up. Will McGregor’s prophecies once again become true in 2018? Maybe someone needs to ask Conor McGregor again.